The death toll from upstate New York’s wicked weekend blizzard rose to at least 27 on Monday, with authorities warning that the number of dead would likely grow.

The monster storm battered counties such as Erie, which includes the city of Buffalo, and Niagara in the state’s western region, leaving residents Monday grappling with nearly 4 feet of snow, roads impassable for plows and thousands of households without power.

Meanwhile, forecasters warned that the monumental storm could bring up to a foot more snow in the region Monday.

“This will go down in history as the most devastating storm” in Buffalo, Gov. Kathy Hochul said Sunday.

A travel ban is in place in the city, with roads so icy and buried in snow that it has been nearly impossible for snowplows to clear them.

The city’s airport will be closed until at least Tuesday.

The storm marked the first time the Buffalo Fire Department was initially unable to respond to calls for help, officials said. Instead, National Guardsmen were called in. By Sunday, the storm had eased enough for emergency responders to get out and assess the damage.

“I cannot overstate how dangerous the conditions still are,” Hochul said Sunday, urging people to stay off the roads.

At least 27 people have died as a result of the storm, with Buffalo police spokesman Michael DeGeorge saying Monday morning that the death toll in the city alone now stands at 20 people, Buffalo News reported.

Some of the storm’s victims “were found in cars, and some were found actually on the street in snowbanks,” Poloncarz said Sunday.

Officials say the total number of deaths could continue to grow.

“We do believe based on reports we’re getting from the field we are going to get a number — hopefully not a significant number — but a number of additionally confirmed deaths in the next six hours because of bodies that have been found but have not yet been transported to hospitals for identification and confirmation of death,” Poloncarz said Sunday.

About 15,000 homes remained without electricity Sunday evening, and many won’t have lights and heat turned on again until Tuesday, Poloncarz said.

Hochul said she has spoken with White House chief of staff Ron Klain and that the federal government is ready to provide whatever funding and assistance the state needs to financially recover from the storm. 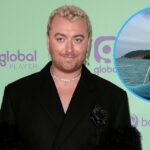 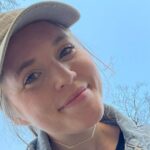