Mourning his friend. Just one day past what would’ve been Aaron Carter’s 35th birthday, NSYNC star Lance Bass – who rose to fame alongside Carter and the Backstreet Boys – penned an honest tribute to the “I Want Candy” singer, writing that “mental illness” clearly took hold of the 2000s icon.

“Since Aaron has passed, it’s become abundantly clear that he had a severe mental illness, resulting in the inner turmoil he dealt with in the darkness coming straight out into the light,” Bass wrote in a Thursday, December 8, Instagram post. “Not only has it hurt the people around him who truly cared about him, but it also enabled those who wanted to exploit him, and they did it without any ramifications to use to their advantage.”

In the week that followed Carter’s tragic passing, a book titled Aaron Carter: An Incomplete Story of an Incomplete Life – cowritten by Carter and author Andy Symonds – was released, much to the ire of Aaron’s management and ex-girlfriend Hilary Duff. Both parties asserted that the book was nothing more than a money grab, with Taylor Helgeson of Big Umbrella Management stating, “This is a time for mourning and reflection, not heartless money grabs and attention seeking.” Not only was the book made public, but “unauthorized releases” – such as an album and a single – were released in the wake of Carter’s untimely death.

Aspects of Carter’s creative life were made available after his passing, and more information about his struggles with mental health and substance abuse came to light. The father of one had completed his fourth stint in rehab just three months before his death, and characterized at the time that he had “finally gotten” sobriety “right.”

Furthering his honest post about Carter, Bass told followers that he will be working with On Our Sleeves – a free, expert-driven resource platform addressing children’s mental health – to further the conversation surrounding the very issues that Carter dealt with during his lifetime.

“As a parent, I’ve been feeling powerless and want to know what I can do to help. What I’ve realized quickly is mental health starts at home,” Bass penned, before telling fans that he will be joining Carter’s twin sister, Angel Conrad, for a January 18, 2023, event centered on mental health. “Please join us … to help start the conversation inspired by the life of Aaron with some of our closest friends,” he urged supporters. 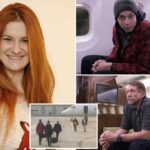 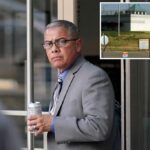