Federal border officials reported a record number of migrant crossings at the southern border in a Friday night release of statistics just before Christmas.

US Customs and Border Protection had 233,740 migrant encounters across the length of the nearly 2,000 mile south in November, the highest ever recorded for that month and up from 178,845 for the same period last year, a more than 30% increase.

At least 16 percent of the migrants encountered had tried to cross the border into the US before.

The data dump from the Department of Homeland Security was first reported by FOX News and the timing led to speculation the Biden administration was trying to keep the new numbers under wraps.

The news was tweeted by Fox’s Bill Melugin in a post that was retweeted by Twitter owner and CEO Elon Musk late Friday who responded with two exclamation points.

Many of the new arrivals were from communist countries, such as Cuba, Venezuela and Nicaragua, Customs and Border Protection statistics show.

The Biden administration is under pressure to solve the tidal wave of migrants crossing the southern border which is overwhelming frontier cities such as El Paso, Texas where hundreds are sleeping in the streets. Last week, the city’s mayor Oliver Leeser declared a state of emergency to deal with the influx.

Earlier this week, President Biden asked the Supreme Court to delay the termination of a Trump-era policy that allowed Border Patrol agents to return migrants to Mexico.

Title 42 was originally scheduled to end on Dec. 21 but has been extended until after Christmas. 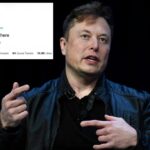 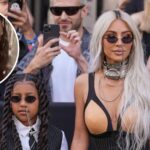