Unseasonably warm temperatures and a lack of snow in the Northeast have forced some popular ski resorts in the region to temporarily close.

The Northeast saw numerous record-high temperatures to start the new year, melting a good portion of the region’s snowpack.

For Vermont ski resorts, the warm temperatures continued to diminish snowpack and hinder any chances for either natural or manmade snow.

“Recently, it’s simply not been cold enough for many ski resorts to effectively make snow,” said Spencer Spellman, senior editor for On The Snow.

Spellman said that the precipitation they’ve gotten along with the warmth in the Northeast has only hurt the mountains.

“That’s on top of the combination of rain and warmer temperatures that have melted much of the snow that’s there,” he said.

Because of the unseasonable warmth and the inability to make snow, many ski resorts suffer.

“Many New England ski resorts have had to do temporary closures,” Spellman said. “Mad River Glen and Camden Snow Bowl are among them, but they’re expected to reopen as soon as conditions allow.”

Mad River Glen, a ski resort in Waitsfield, Vermont, hopes to turn on the ski lifts once the weather gets colder.

“After an incredible stretch of skiing over the holiday week, we have been forced to suspend operations,” Mad River Glen wrote.

Cold isn’t the only thing that’s been lacking. Vermont ski resorts are also suffering due to the insufficient snowpack.

“The iconic ski resorts like Killington and Stowe have seen about 50 inches of snow, while their season averages are closer to 200,” Spellman said. “So, they’re at a disadvantage going into January.”

With temperatures dropping back to normal this weekend, Bryan Rivard with Ski Vermont is hopeful that some of these popular resorts will start allowing skiers and boarders back.

“Ski areas in Vermont are used to working with erratic weather and will be able to expand open terrain quickly as soon as temperatures drop,” Rivard said. “That’s one of the benefits of Vermont having some of the strongest snowmaking systems in the world – they can capitalize on any windows of cold weather to build up their bases and resurface terrain.”

According to Rivard, several of the 18 main alpine resorts in Vermont plan to reopen this weekend, and one will likely reopen next week. 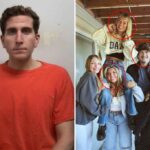 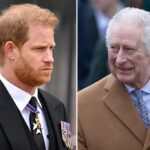 Prince Harry no longer to have role in King Charles’ coronation: insiders