North West is continuing to mock mom Kim Kardashian in another hilarious TikTok video. She dressed as the SKIMS founder and lip-synched along to audio of some of Kim’s most memorable meltdowns, all while Megan Thee Stallion‘s song “Savage” played in the background to reinforce North’s takedown.

“Hi, I’m Kim Kardashian West,” North, 9, began in the Sunday, November 6, video taken in Kim’s massive home dressing room. She then threw her arms up in a tantrum-like manner while lip-synching, “You don’t think I feel bad? I feel sad!” one of Kim’s emotionally charged lines from a Keeping Up With the Kardashians episode.

“I hate my sisters. I never want to look at their ugly faces again,” North continued with Kim’s voice, making a dismissive movement with her arm before snapping one of her mom’s put-downs, “Don’t be f–king rude!”

North even wore one of Kim’s most iconic looks, donning yellow and black Balenciaga “caution”-style duct tape that the entrepreneur donned from head to toe for the brand’s March 2022 Paris Fashion Week show. Kim and ex-husband Kanye West‘s eldest child added a long platinum blonde wig and oversized black sunglasses to complete her impression of her mother.

The precocious pre-teen’s video comes on the heels of her most recent sassing of her mom, which has become legendary. “We made some Halloween cupcakes,” Kim told fans in an October 18 Instagram Story video while showing off the treats. North snapped, “I did, not you. You helped me mix it,” as she was upset at her mom for taking credit. “I helped you mix it. Who poured it?” Kim asked her daughter, who responded, “You,” before defiantly adding, “Well, I decorated them!”

In addition to North, Kim shares Saint, Chicago and Psalm West with Kanye.

The SKKN founder has admitted that no one else in this world intimidates her more than North. In a December 2021 interview with journalist Bari Weiss, Kim responded when asked, “Who intimidates me? I was going to say politicians, but they don’t. Maybe just my daughter, North.”

According to the billionaire businesswoman, North gets her outspoken and unfiltered habits from her dad. “She’s really, really smart. She knows how to outsmart us, or she thinks she does. But she is Kanye’s twin,” Kim told host Ellen DeGeneres during a 2017 appearance on her daytime talk show, adding, “Same personality, [and she] says the same wild things.” 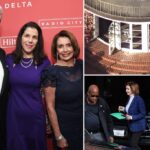 Nancy Pelosi back in DC as husband Paul recovers at home 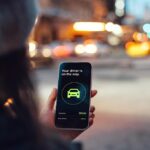