The US, South Korea and Japan condemned North Korea Friday after the rogue state carried out its latest test of an intercontinental ballistic missile capable of striking the American mainland.

The missile is projected to have flown between 3,600 and 3,790 miles and reached a height of around 620 miles before landing west of Japan’s Hokkaido island.

National Security Council Spokesperson Adrienne Watson said in a statement that the US would take “all necessary measures” to secure its territory and that of its South Korean and Japanese allies.

“This launch is a brazen violation of multiple [United Nations] Security Council resolutions and needlessly raises tensions and risks destabilizing the security situation in the region,” Watson said. “This action demonstrates that [North Korea] continues to prioritize its unlawful weapons of mass destruction and ballistic missile programs over the well-being of its people.  We urge all countries to condemn these violations and call on [North Korea] to come to the table for serious negotiations.

“The door has not closed on diplomacy, but Pyongyang must immediately cease its destabilizing actions and instead choose diplomatic engagement,” she added.

“On behalf of the United States, I reaffirm our ironclad commitment to our Indo-Pacific alliances,” she said at a meeting with with leaders from Australia, Canada, and New Zealand. “Together the countries represented here will continue to urge North Korea to commit to serious and sustained diplomacy.”

South Korean Prime Minister Han Duck-soo urged the international community to band together to persuade North Korea to cease its provocations, which he said only force the totalitarian nation deeper into isolation and economic struggle.

South Korea’s Joint Chiefs of Staff later announced that Seoul’s military had conducted F-35 jet drills simulating an aerial strike on North Korean missile launchers to “show we have a strong resolve to sternly deal with an ICBM launch and any other provocations and threats posed by North Korea, and the allies’ overwhelming capacity and readiness to launch precision strikes on the enemy.”

According to Japanese Defense Minister Yasukazu Hamada, the ICBM had a potential range of 9,320 miles– “in which case it could cover the entire mainland Untied States.”

Although it is unclear whether North Korea possesses a functioning nuclear arsenal, Kwon Yong Soo, a former professor at Korea National Defense University, said he believes the nation tested the Hwasong-17 missile, which can carry up to five nuclear warheads.

North Korea previously tested the Hwasong-14 and Hwasong-15 in 2017, which demonstrated potential to reach only parts of the U.S. mainland. Kwon explained that the Hwasong-17’s longer range is essential if North Korea wants to bypass American missile defense systems.

Chang Young-keun, a missile expert at Korea Aerospace University, also clarified that that North Korea had yet to prove that its long-range warheads were able to withstand the demands of atmospheric reentry. Chang said Friday’s launch details indicated it was the same missile that was tested in March, which North Korea claimed to have launched the Hwasong-17 against South Korea’s claims it was Hwasong-15.

News of Friday’s ICBM test took place just one day after South Korea announced that North Korea had fired a short-range ballistic missile into its eastern waters. The recent barrage of tests comes amid China and Russia’s continuous pushback on US attempts to strengthen UN sanctions aimed at North Korea’s arsenal.

“The keener the US is on the ‘bolstered offer of extended deterrence’ to its allies and the more they intensify provocative and bluffing military activities on the Korean Peninsula and in the region, the fiercer (North Korea’s) military counteraction will be, in direct proportion to it,” Choe said.  “It will pose a more serious, realistic and inevitable threat to the US and its vassal forces.”

Although Choe did not specify the nature of North Korea’s response, he did say “the US will be well aware that it is gambling, for which it will certainly regret.” 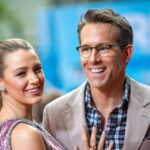 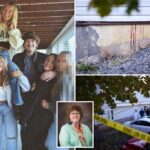 University of Idaho victims were stabbed while in bed