North Korea flexed its military muscle Sunday, launching a ballistic missile into the Sea of Japan ahead of planned US and South Korean drills and a visit to the region by Vice President Kamala Harris.

The missile was launched from the western town of Taechon and flew 370 miles across the country at a maximum height of 37 miles before landing into the sea, South Korea reported. There was no damage to Japanese naval targets, officials there said.

The test-launch raised tensions in the region but didn’t pose an “immediate threat to US personnel or territory, or to our allies,” the US Indo-Pacific Command said.

It was denounced as a clear violation of United Nations resolutions at an emergency National Security Council meeting in South Korea.

The provocation came two days after the nuclear-powered USS Ronald Reagan arrived in South Korea for joint war drills meant to signal a warning to the North, amid its ramped up displays of military prowess.

North Korean dictator Kim Jong Un tested more than 30 ballistic weapons so far in 2022, setting a record pace as he exploited a divide in the UN Security Council after new sanctions were vetoed by China and Russia.

The threat from Kim’s totalitarian regime was expected to be front and center on the agenda when Harris visits Seoul, South Korea this week after attending a state funeral for assassinated Japanese Prime Minister Shinzo Abe.

Kim had underscored his latest round of testing with threats that North Korea would not hesitate to proactively deploy its nukes if pressed by the West.

Details of the launch suggested that the tested weapon was modeled after Russia’s Iskander missiles, which are designed to change directions in flight and avoid missile defense systems.

North Korea has been developing an arsenal of “tactical” short-range weapons since 2019 and resisted calls to return to diplomatic talks that collapsed that year.

The despot told his parliament earlier this month that he would never abandon his nuclear and missile programs, blaming US hostility. 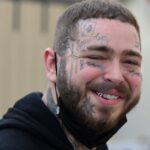 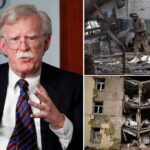