A North Dakota farmer who had been detained in Ukraine since November 2021 on accusations he planned to kill his business partner is back home, the state’s two US senators announced Friday.

Kurt Groszhans, from Ashley, North Dakota, has ancestors from Ukraine and went there to farm in 2017. The relationship with his partner, law professor Roman Leshchenko, crumbled after Groszhans alleged that Leshchenko embezzled money from him.

Groszhans and his assistant were arrested on charges of plotting to assassinate Leshchenko, who was then Ukraine’s agriculture minister. Groszhans said in a statement Friday that the Ukrainian officials made up the charges in an “effort to shut me up” after he discovered corruption “at the highest levels” of the government.

“I am grateful to be home after this horrible ordeal,” Groszhans said in a statement. “My family and supporters worked tirelessly over a long period of time to make this happen and it was nice to be able to celebrate my birthday on North Dakota soil.

“The fact they refused to classify me as a wrongful detainee was an unfortunate and politically cowardly act that cost me almost a year of my life,” he said.

Groszhans is among a handful of Americans jailed in Ukraine or Russia whose departures have been complicated by the war.

A statement Friday from Groszhans’ family said the charges would have been dismissed in a US court for lack of evidence. “Kurt was eventually able to legally depart Ukraine when his bail restrictions allowed,” the statement said.

Republican US Sens. Kevin Cramer and John Hoeven said they are grateful for Groszhans’ safe return home but did not offer further information.

“Out of respect for the family’s wishes, we aren’t able to provide additional details at this time,” said Kami Capener, Hoeven’s spokeswoman. 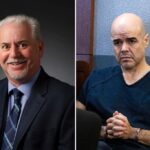 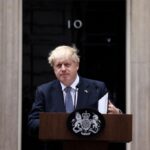