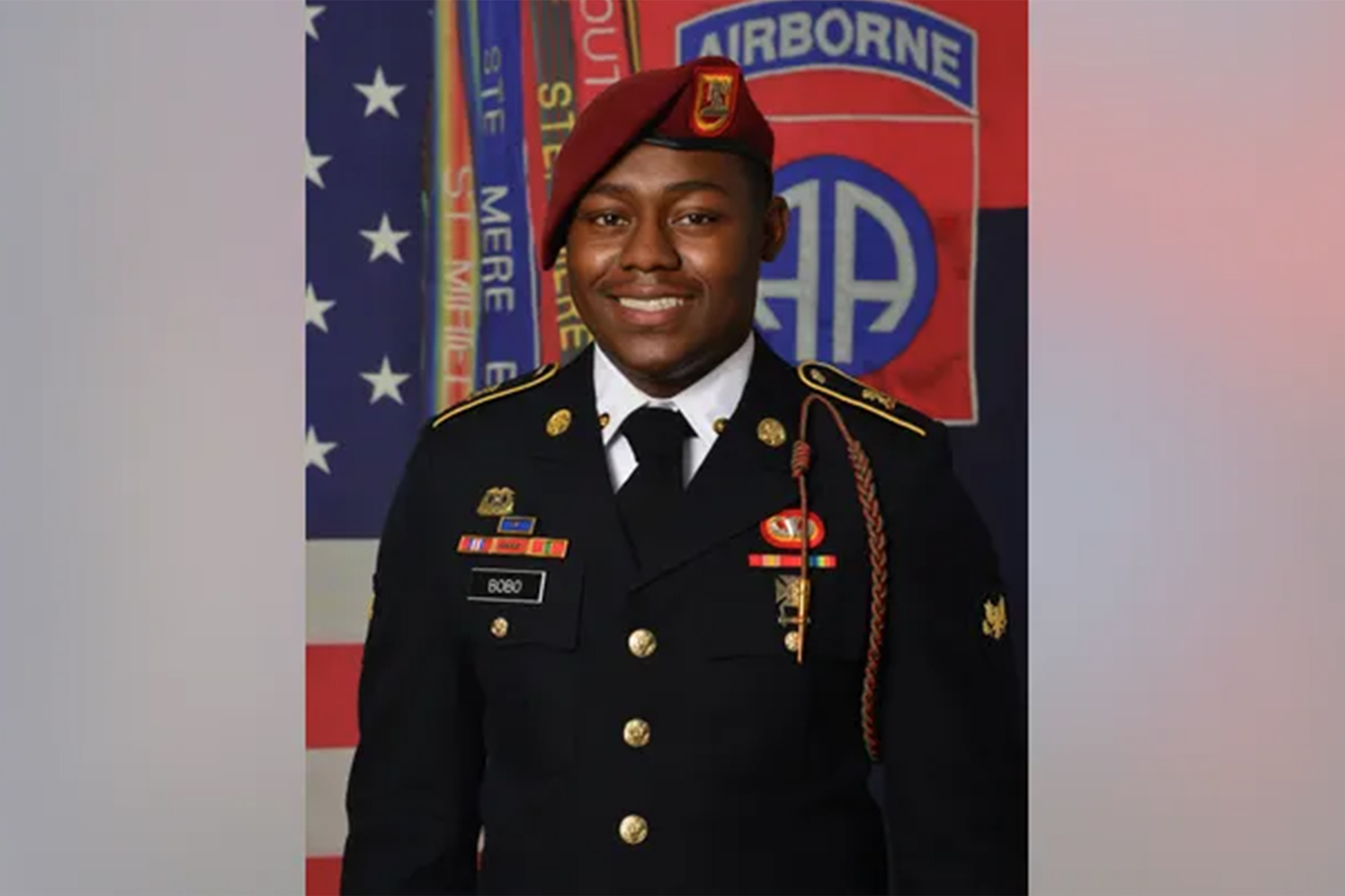 An Army paratrooper stationed at Fort Bragg was shot and killed outside his apartment in Fayetteville, North Carolina, this week.

Sgt. Nicholas Bobo, 22, was located by police at his apartment complex suffering from multiple gunshot wounds around 11:00 p.m. on Tuesday, according to WNCN. He was pronounced dead at the scene.

Bobo, an automated logistical specialist assigned to the 407th Brigade Support Battalion, leaves behind his wife, daughter, and parents. He joined the Army in 2019 and had been stationed at Fort Bragg since 2019.

Investigators do not believe it was a random shooting and said that Bobo’s car was stolen, WNCN reports.

Army Criminal Investigation Command and the Fayetteville Police Department are investigating the incident.