A North Carolina man was thrown in the slammer for 24 hours after refusing a lefty judge’s order to wear a mask in court – despite no such local mandates in place.

“I never thought I would show up to jury duty and end up behind bars,” Gregory Hahn told Fox News’ “Tucker Carlson Tonight.”

Hahn, a 47-year-old US Navy veteran and single father, was among 98 jury candidates called to Harnett County court Monday who showed up not wearing a mask, WRAL reported.

The courthouse didn’t have a mask mandate, but Judge Charles Gilchrist – an appointee of former Democratic Gov. Bev Perdue – ordered everyone in his courtroom to wear one.

When Hahn refused, the judge had him arrested and sent to jail for contempt of court.

“It was the worst 24 hours of my life. I was refused to make a phone call to my minor child who is home,” he told Carlson.

“I asked to be excused since I wasn’t even selected for jury duty yet; it was still orientation. He could have exempted me.” 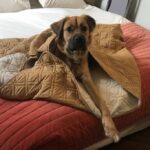 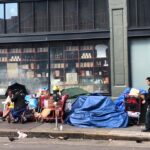 How ‘woke’ policies turned San Francisco into an urban drug-den