An attorney at a prominent North Carolina law firm was shot dead by a client in an apparent murder-suicide, authorities said Tuesday.

Patrick White, a lawyer at the firm Riddle and Brantley, was killed by the client when a verbal argument between them escalated on Monday, Goldsboro Police Department said. The client then turned the gun on himself.

Police were called to the law offices at 601 North Spence Avenue in Goldsboro at around 4:15 p.m. and discovered two men dead from gunshot wounds, reported the station WRAL.

The gunman has not been named yet and there was no immediate word on a possible motive.

A representative of Riddle and Brantley told The Post that she could not comment on the incident.

Riddle and Brantley is a personal injury law firm with 10 locations scattered throughout eastern North Carolina.

According to White’s profile page on Riddle and Brantley’s website, he was a graduate of West Virginia University who had been practicing law since 2005.

“I enjoy meeting my clients and guiding them through what may be one of the scariest and confusing times in their life,” White was quoted as saying. “It’s an honor and a privilege helping them get the justice and compensation they deserve.”

White, who is from Raleigh, is survived by his wife, Molly, and their two children. According to his profile, in his spare time, the attorney enjoyed spending time with his family, photography and birdwatching. 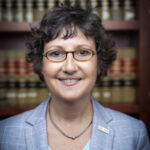 Harnessing Each Moment – Leading As Lawyers 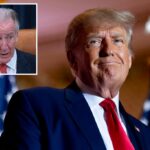