Fine and funny! Anna Faris, best known for her comedic roles in cult classic comedies, rom-coms and sitcoms, has been a mainstay in the entertainment industry ever since she got her big break in 2000’s Scary Movie.

Since then, the actress has starred in a plethora of beloved movies with some of the biggest names in Hollywood, including What’s Your Number? opposite Chris Evans, The House Bunny opposite Emma Stone, Rumer Willis, Kat Dennings, Katharine McPhee and All-American Rejects frontman, Tyson Ritter, Just Friends and Waiting… opposite Ryan Reynolds and of course, four of the five Scary Movie films.

Anna is also a celebrated television actress, having starred in Mom alongside Allison Janney from 2013-2020. She also had recurring roles on Friends and Entourage in the mid-2000s and has lent her voice to numerous animated shows and movies over the years, including King of the Hill, Cloudy With a Chance of Meatballs and its sequel, Alvin and the Chipmunks: The Squeakquel, The Emoji Movie and more.

While it’s no secret Anna has had a steady career in showbiz spanning several decades, the actress has also proven to be a force to be reckoned with in the podcast sector, as she’s hosted “Anna Faris Is Unqualified” – in which she interviews some of the biggest celebs in the industry and gives love and relationship advice to fans calling in – since 2015.

Though Anna typically flies under the radar, her love life became a topic of conversation after she wed Chris Pratt in 2009 after meeting on the set of the comedy, Take Me Home Tonight, in 2007. The pair welcomed son Jack in 2012 before splitting after eight years of marriage in 2017. Their divorce was finalized in 2018.

In the years leading up to their split, Anna often spoke about how being a couple in the public eye affected the former spouses’ relationship, revealing in a 2016 episode of her podcast that rumors of the Guardians of the Galaxy star’s alleged infidelity caused her to feel “incredibly insecure.”

Though both parties went their separate ways, Chris and Anna found love again with their respective partners, Katherine Schwarzenegger and Michael Barrett, and have continued to coparent Jack together in an amicable way since their split.

“What Chris and I try to do is to communicate openly,” the Mom alum told Women’s Health in 2018. “We reiterate that there aren’t rules to this. We have a lot of love and friendship, and our big goal is to protect Jack. I cherish my family, my close friends, my child — that makes the rest of it worth it.”

With a resumé as impressive as Anna’s, it shouldn’t come as a surprise that the star knows how to work a red carpet like a pro! 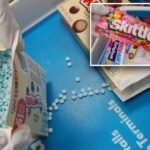 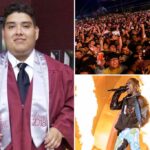