A New Jersey woman was sentenced to three years in state prison on Friday for her role in a $400,000 GoFundMe scam in which she and her then-boyfriend lied about helping a homeless veteran in Philadelphia.

Katelyn McClure, 32, was not present at her sentencing in Burlington County as she is already serving her one-year federal term in the case in a Connecticut prison, according to the Burlington County Prosecutor’s Office.

Her state sentence will run concurrently and the former New Jersey Department of Transportation worker will be permanently barred from ever working as a public employee in the state.

In 2017, McClure and her then-boyfriend, Mark D’Amico, pleaded guilty to conspiracy to commit wire fraud after they invented a heartwarming but bogus story claiming that a homeless vet, Johnny Bobbitt Jr., had just spent his last $20 to help McClure fill up her gas tank while she was stranded on I-95 in Philadelphia.

The pair launched a GoFundMe campaign titled “Paying it Forward,” which donors believed was to get Bobbitt off the streets and into a home.

The story quickly gained traction as McClure and D’Amico did interviews with local and national media outlets. In less than one month, they had defrauded more than 14,000 donors out of $400,000.

The funds were transferred from GoFundMe to the couple’s personal accounts. The two blew most of the money over the next three months on personal expenses.

The couple told Bobbitt about the fake tale they’d spun and the money — which he had previously been unaware of. In December 2017, officials say D’Amico opened a bank account for Bobbitt and the two deposited $25,000 into the account.

D’Amico, 43, pleaded guilty in December 2019 and was sentenced to five years in state prison, a term also running concurrently with an earlier federal term. He and McClure have both been ordered to fully reimburse GoFundMe.

Bobbitt was sentenced to probationary federal and state terms. 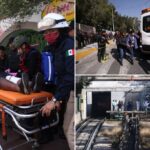 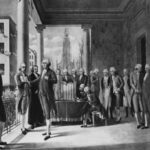 George Washington delivers first-ever State of the Union address on this day in history, Jan. 8, 1790