A New Jersey teacher accused of “forcibly” yanking the hijab off a second-grader’s head is suing Olympic fencer Ibtihaj Muhammad for defamation.

Last October, one of Tamar Herman’s students at Seth Boyden Elementary School in Maplewood told her mother Herman had pulled off her hijab, exposing her uncovered head to the class.

The 7-year-old’s mom shared what happened on Facebook, and the Olympic medalist who fences in a hijab took notice.

The incident spiraled into a massive controversy when Muhammed, a Maplewood native and the first Muslim American Olympian to compete for the U.S. in a hijab, called it abuse on social media, according to NorthJersey.com.

As the viral post gained momentum, messages of outrage poured in to the South Orange-Maplewood School District calling for Herman’s removal.

Herman, who has been on administrative leave for the past year, filed a defamation lawsuit in New Jersey’s Superior Court accusing the Olympian of ruining her reputation.

The lawsuit claims Herman “suffered and continues to suffer from emotional and mental harm to such a degree that she has had no realistic choice but to permanently move out of her home and, prior to that, had to ask for police protection and temporarily relocate in the immediate aftermath of Defendants’ lies.”

The defamation suit also names the New Jersey chapter of the Council on American-Islamic Rights and its director, who called for Herman’s immediate firing.

The teacher claims she “brushed” back a hooded garment that was blocking the student’s eyes, thinking she was wearing a form-fitting hijab under her hood. Once she realized her error, she immediately apologized and replaced the head covering, the defamation lawsuit states.

The child’s family disputes this claim, and has since filed a lawsuit against the school district and Herman. In that lawsuit, the family said Herman told the student she could not wear the hijab and touched her hair.

Her family alleged the child’s religious rights were violated, and that the young girl suffered “emotional harm.”

Herman, who is Jewish, is also suing the school district, claiming it violated her right to due process and anti-discrimination laws because it didn’t respond to anti-Jewish harassment and threats she faced afterward. 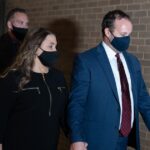 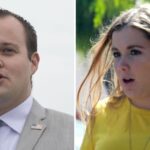