California rock festival attendees were handed out anti-overdose kits and given lessons in how to use them over the weekend.

Pearl Jam singer Eddie Vedder’s Ohana Festival in Dana Point saw representatives from Portland, Ore.-based Project RED give out the opioid-reversal drug Narcan to concertgoers in a bid to curb the risk of drug deaths.

Overdose deaths in the US have soared in recent years, topping 100,000 in 2021, according to the Centers for Disease Control and Prevention.

Many deaths have been blamed on the introduction of the synthetic opioid Fentanyl into the mainstream drug supply, which is easy to overdose on, but can be reversed by Narcan.

No overdoses or deaths were reported at Ohana, headlined by Vedder with Stevie Nicks and Pink. 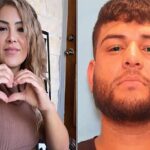 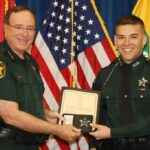