Former South Carolina governor and UN ambassador Nikki Haley said on Thursday that she thinks she can be an effective commander-in-chief but hasn’t quite made a final decision on whether or not to run for president in 2024.

“Yes, I think I can be that leader,” Haley told Brett Baier on Fox News’ “Special Report” Thursday when asked about her presidential ambitions.

Haley touted her handling of the economy as governor of the Palmetto State from 2011 to 2017, and her leadership on the world stage during the Trump presidency.

“I was – as governor, I took on a hurting state with double-digit unemployment, and we made it the beast of the Southeast. As ambassador, I took on the world when they tried to disrespect us. And I think I showed what I’m capable of at the United Nations,” said Haley.

“So, do I think I could be that leader? Yes. But we are still working through things, and we will figure it out. I have never lost a race. I said that then. I still say that now. I’m not going to lose now. But stay tuned,” she added.

When asked if she’s close to launching a presidential exploratory committee, Haley responded: “I think, stay tuned.” Later adding, “We’re leaning in. We are leaning in, in a big way.”

Haley signaled that former President Donald Trump’s November announcement that he will seek a second term in the White House won’t impact her decision, and said that it is time for “new generational change.”

“I had a great working relationship with the president. I appreciate all the foreign policy issues we worked on together. But what I will tell you is, the survival of America matters. And it’s bigger than one person. And when you’re looking at the future of America, I think it’s time for new generational change,” she said.

“I don’t think you need to be 80 years old to go be a leader in D.C. I think we need a young generation to come in, step up, and really start fixing things,” she argued.

Haley also denied a claim in a new book by her former Trump administration colleague Mike Pompeo that accused her of scheming with Jared Kushner and Ivanka Trump to oust then Vice President Mike Pence and become Trump’s No. 2.

Pompeo, the former Secretary of State, writes in “Never Give an Inch,” an excerpt of which was obtained by the Guardian, that Haley “played” John Kelly — then the White House chief of staff — by showing up to a supposed one-on-one Oval Office meeting with Trump with the president’s daughter and son-in-law in tow.

“As best Kelly could tel​l, ​they were presenting a possible ‘Haley for vice-president’ option,” Pompeo writes. “I can’t confirm this, but [Kelly] was certain he had been played, and he was not happy about it. Clearly, this visit did not reflect a team effort but undermined our work for America.”

Haley dismissed the anecdote as “gossip.”

“I literally did not speak with anyone in the administration about that at all. It was gossip,” she told Baier, adding, “Mike Pence is my friend. It is gossip. It was never discussed. If somebody else discussed it, they certainly didn’t discuss it with me. I mean, these – it’s just gossip. This is all gossip.”

A Yahoo News/YouGov poll released in December found Haley favored for president in 2024 by 5% of Republicans and GOP-leaning independents, well behind Trump and Republican Florida Gov. Ron DeSantis, who were supported by 42% and 47%, respectively. 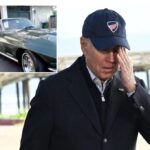 Joe Biden has ‘no regrets’ over hiding classified docs 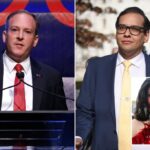