WASHINGTON – The National Institutes of Health sent around $17 million to a consortium of Colombian companies accused of developing a “questionable” malaria vaccine tested on owl monkeys held in squalor, The Post has exclusively learned.

People for the Ethical Treatment of Animals launched an investigation into the companies after a whistleblower passed along images of the disheveled primates used in NIH-funded experiments based on “shoddy science and manipulation of data,” according to the animal rights group.

“It appears to be a huge scam, if I’m honest,” PETA attorney Magnolia Martinez told The Post. “American taxpayers are being scammed into paying for a malaria vaccine that doesn’t exist – and it will never be produced by using monkeys.”

Socrates Herrera, who owns the companies with wife Myriam Arevalo-Hererra, denied the allegations in an email to the Post on Thursday, charging that PETA’s claims are “based on false accusations and documents put out of context.”

“Monkey studies have contributed to … successfully moving from the selection of malaria parasite antigens [in the discovery phase], to animal studies [in the preclinical phase], to human vaccine trials [in the clinical phase] with the support and supervision of institutions as prestigious as the World Health Organization,” Herrera wrote.

But Martinez said her interviews with 11 former and current employees raised questions about the studies’ integrity.

“They have published clinical trials where they supposedly have proof,” she said. “However, based on the testimonies from insiders, we are not sure that they are actually doing what they’re saying they’re doing.”

Herrera’s companies – Caucaseco Scientific Research Center and the Malaria Vaccine and Drug Development Center and the FUCEP primate center in Cali, Colombia – have collaborative agreements with the NIH’s National Institute of Allergy and Infectious Diseases, formerly headed by President Biden’s chief medical adviser Dr. Anthony Fauci, but operate with little to no oversight.

While any US organization that uses animals for testing must be inspected annually and report any animal welfare violations to receive NIH funding, that rule does not apply overseas, Martinez said.

“They are being funded by American money, but they don’t have to meet any of the American laws and no one cares,” she said. “For fiscal year 2022, around 700 [NIH] grants were awarded to foreign institutions. Just imagine – we’re talking about more than $200 million with no oversight at all. That’s absurd.”

Now, PETA wants the NIH to enforce those same inspection and reporting requirements on foreign research labs. (NIH and NIAID did not respond to the Post’s requests for comment).

Herrera said his companies would not oppose the rule changes – though he did not report animal welfare violations discovered by the Colombian government last year.

“We fully agree that the rules and regulations of NIH-funded projects must be similar, regardless of the site of research execution,” he wrote. “… There should not be any undue burden to require self-reports on animal welfare violations or undergo an annual inspection of NIH-sponsored scientists.”

An inspection last year by Corporación Autonoma Regional del Valle del Cauca, the regional environmental authority, found multiple animal welfare violations in the consortium’s primate research center, FUCEP. At the time, the facility consisted of a chain-link fence with construction mesh used for walls and a roof, according to the official report.

“There are no holes that allow the entry of UV rays and no windows that allow airflow,” the inspector’s report said. “The presence of food remains in the [water bowls], presence of high humidity in the enclosures [and] fungi demonstrate unsuitable sanitary conditions for the possession of primates.”

The authority also found that there were “inappropriate densities” of groups of monkeys held in 2.6-foot cages, which were caked with feces and rust.

Herrera acknowledged the findings in an email to the Post on Thursday, claiming that the facility is now undergoing renovations to improve its “operation” and the inspection “was performed at the time the animal technicians were cleaning the facility.”

“Based on a short visual inspection, [inspectors] concluded that there was animal abuse and malnutrition,” he wrote. “These claims are based on superficial inspection without animal examination, animal-records analyses and laboratory tests.”

The investigation also found that the facility did not keep medical records on the 127 owl monkeys and six squirrel monkeys at the facility. Further, no veterinarian was kept on staff, nor were there “endpoint protocol that determines the moment in which the animal must be withdrawn from the tests carried out.”

Herrera denied those findings, claiming “we have always had vets at the center” — including two currently on staff.

“Over the 37 years that the primates center has been running, occasionally vets have been absent due to health leave, or vacation,” he said. “Unfortunately the day that [the investigator] was visiting the facility, our vet was not present.”

Investigators fowarded their report to the Colombian attorney general’s office, which Herrera claimed then surveyed the facility and “concluded that there is no evidence of animal abuse or malnutrition.”

“PETA has never approached us directly, and the Colombian government has not, on its own, opened any investigation besides those promoted by PETA based on anonymous and false information,” Herrera added.

However, a prosecutor from the office on Dec. 2 sent Martinez, the PETA lawyer, an email stating the case was still under review but there was a “possibility” charges could be filed in the coming months of “crimes against life, the physical and emotional integrity of animals, as well as others.”

Martinez’s investigation also uncovered disturbing allegations of false reports to the NIH and other agencies to keep funding flowing.

In two of Herrera’s current NIAID grant applications, he stated that FUCEP and Caucaseco keep monkeys under the “care and welfare … [of] a veterinarian and trained technicians and are regulated according to the stipulations of the international guidelines” including the NIH’s Guide for the Care and Use of Laboratory Animals – a claim that runs contrary to the November 2021 inspection.

Further, Martinez said she has obtained contracts from whistleblowers that suggest Herrera’s employees were paid significantly less than those reported in grant applications.

“On at least one occasion, Herrera allegedly decided to end an agreement with [another] international funding agency when that agency asked him for proof that his employees were being appropriately paid with the resources provided by the agency to this end,” Martinez said of a whistleblower’s account.

When asked about the allegations, Herrera said he had “no figures” on salaries, but suggested some of the employees may not have had enough professional training to warrant the higher salaries requested in grant applications.

“In some opportunities we have not found the ideal person or training required for needs of the center, in which case the salary is lower than anticipates,” he said. “In some cases you need more people with lower training and salary to accomplish a given task.”

He added that the NIH allows principal researchers to “change the budget destination” of up to 25% of the allotted funds “without requesting any authorization.”

“CSRC is proud of its institutional model and achievements in infrastructure and organizational development, scientific level and international leadership on sound scientific and administrative practices,” Herrera wrote.

But PETA senior vice president Kathy Guillermo said the US government should take action against Herrera’s consortium in light of the whistleblowers’ accusations and other revelations from Martinez’s investigation.

“NIH needs to cut off the money spigot to Caucaseco immediately and demand a return of all funds – and all scientific papers from this source and the MVDC should be immediately retracted,” she said. “Congress should then suspend NIH’s funds for foreign research organizations, since the agency is asleep at the wheel and can’t be trusted.” 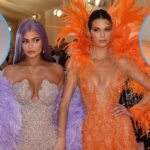 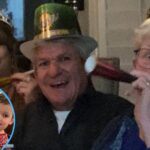