Nigels of the world — unite!

A British man with the once-common moniker hosted 372 people with the same name as part of the second-ever “Nige-fest” celebration.

Nigel Smith, the owner of the Fleece Inn in Worcestershire, England, said he was inspired to come up with the shindig at his pub after learning his name had become officially extinct a few years ago.

“The name Nigel was particularly popular in the ’50s and ’60s,” he told the BBC. “I was born in 1963 and that was pretty much peak Nigel year when there were 5,000 of us born. Sadly, of late there have been very few — not enough Nigels to be recorded by the Office of National Statistics.”

So, Smith hosted the more than 350 Nigels from across the globe — including the United Kingdom but also the US, Nicaragua, Australia, Zimbabwe, and Spain — Sunday in an epic show of solidarity.

“It was absolutely brilliant. We had a fantastic time,” Smith said. “It was like we all had known each other forever, but obviously we didn’t. It was a great feeling of all of us getting together and celebrating our Nigel-ness.”

For entry into the official “Book of Nigel” guestbook, attendees had to bring a photo ID to prove their name as actually Nigel.

Awards were given out for different Nigels, such as the oldest one — an 84-year-old who traveled from the US — and the youngest — a man in his 30s.

“We had people from all over coming to the event. Our friend from Texas – Texas Nigel – came for the second time, only to be joined by another Texas Nigel,” Smith said. “One Nigel came from the Isle of Wight so we had to give him an award for the longest traveled Nigel in the UK.”

‘We had a 14-week-old puppy called Nigel as well, which was nice – but he didn’t say very much!” he added.

The previous “Nige-fest” hosted in 2019 broke the record for the largest gathering of Nigels at 432 participants. Smith hopes to break the record again when he hosts the next festival in 2025.

“Tradition is something you do twice, that’s the rule, and we shall do it again. I think we’re encouraged enough to say every two to three years, we’ll do it again, definitely,” Smith said. “People who came this time heard about us three years ago and put it in their diaries.

“We are uniting Nigels from all across the world, and we would like to reach out to and invite all Nigels – and all non-Nigels – to come along and join us next time in 2025.” 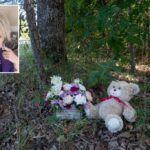 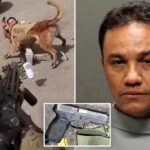