Unless you got buns, hun! Nicki Minaj is not only the self-proclaimed queen of rap, but she’s the queen of wearing an itty-bitty bikini, too. From music videos to photo shoots, the “Do We Have a Problem?” rapper practically lives in a swimsuit.

Nicki always tests the waters when it comes to her provocative attire, stunning fans whenever she debuts something even hotter than the last. She really had the world shook when she released the music video to her 2014 hit song “Anaconda” when she showed off her perfectly curved figure in multiple bikinis from a black and gold two-piece to a ripped pink one-piece.

“I was just saying earlier how I don’t know how I’m gonna make a clean version to this video,” the “Starships” singer said in an August 2014 interview with Power 106 Los Angeles while explaining messages she wanted to incorporate through the music video. “One of the things I wanted to do with this song was to say, ‘It’s OK to be curvy and have a couple pounds on you,’” she added.

The Trinidad native called out YouTube for putting an age restriction on her September 2022 music video for her hit “Likke Miss Remix,” which involved a ton of women twerking in thong bikinis.

“Imagine this. They restricted my f–ing video but have things a million f–ing times worse on their BOGUS FKNG PLATFORM,” she wrote via Instagram Stories at the time. “This is what they do to keep you from winning while doing ads for other ppl and posting FAKE FKNG STATS,” she continued, leading YouTube to quickly lift the restriction.

Although she’s always come off as a confident person, the “Feeling Myself” artist has opened up about learning how to love her body. During an episode on her “Queen Radio” show in February 2020, Nicki revealed that she was deep into committing to her weight loss goals that she had been putting off.

“I didn’t think I could have the discipline in what I ate. Once my mind was committed to it, my body committed to it,” she said while revealing her goal was to lose 20 pounds at the time. While she did have a plan to transform her body, the “Yikes” rapper noted that she was still nice to herself through the process.

“I’ve been talking about that this year too, about being kind to yourself, and allowing yourself to be human, while at the same time, being motivated and powerful, but also treating yourself as if you love yourself too,” she continued. “And being easy on yourself. Like, nothing and no one is perfect.” 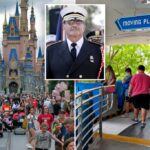 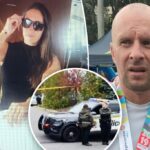