Republican Nick LaLota defeated Democrat Bridget Fleming in their battle to represent much of the North Shore and eastern Long Island in Congress.

The win keeps the 1st district — which had been repped in Congress by Republican Lee Zeldin, who opted to run for governor of New York rather than seek re-election in the largely redrawn seat — in Republican hands. It covers large swaths of northern and eastern Suffolk County, including the Hamptons.

Independent election experts have given the Republicans the edge in the race for much of the cycle.

However, Fleming did gain a financial edge by outraising LaLota 2-to-1 — and outside groups added on on with another $1 million in spending.

As the district is now drawn, President Biden and former President Donald Trump were virtually tied — and the 2022 political environment is frequently challenging for politicians from the party in power in Washington, D.C.

The Democratic-led redistricting in Albany was later struck down by the state’s highest court for violating provisions of the New York state constitution meant to limit partisanship in the process. 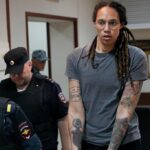 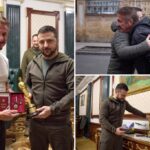