Nick Carter was seen smiling while stepping out with the Backstreet Boys after he was accused of sexually assaulting a minor in 2001.

The New York native, 42, was joined by his bandmates AJ Mclean, Howie Dorough, Brian Littrell and Kevin Richardson while visiting the Empire State Building in New York City on Thursday, December 8. Carter was all smiles as he stood in the center of the group and wrapped his arms around Dorough, 49, and Mclean, 44.

The outing came on the same day news broke that Carter was being sued by Shannon Ruth. According to court documents obtained by In Touch on December 8, Ruth – who has cerebral palsy and autism – claimed that Carter allegedly invited her to his tour bus following a concert when she was 17. She said he offered her a drink and she asked for apple juice, though the boy band member allegedly gave her a “red-colored drink” that he called “VIP juice.” Ruth said she now believes the drink was cranberry juice and alcohol.

In the docs, Ruth alleged that Carter forced her to perform oral sex on him and then assaulted her afterward. Ruth added that he allegedly threatened to turn others against her if she reported the allegations. Following the incident, Ruth alleged that she contracted human papillomavirus (HPV) and suffered severe trauma and emotional distress.

Michael Holtz, Carter’s attorney, told In Touch in a December 8 statement that the claims against the “I Want It That Way Singer” are “entirely untrue” and are “legally meritless.”

“Unfortunately, for several years now, Ms. Ruth has been manipulated into making false allegations about Nick – and those allegations have changed repeatedly and materially over time,” the attorney said. “There is nothing to this claim whatsoever, which we have no doubt the courts will quickly realize.”

Ruth’s allegations are not the first time Carter has been accused of sexual assault. In November 2017, former Dream band member Melissa Schuman came forward with her own allegations in a personal blog post that has since been deleted.

After they started kissing, Schuman told Carter she “didn’t want to go any further” but “he didn’t care.”

“It was evident to me, that I couldn’t leave,” Schuman detailed in the post. “He was stronger and much bigger than me, and there was no way I would be able to open that door or have anyone help me. My friend couldn’t help me. I didn’t even know where she was.”

The “Everybody” singer denied the allegations at the time, insisting in a statement obtained by CNN that he “was always respectful and supportive” of Schuman.

Carter was not charged after Schuman came forward. The “He Loves U Not” singer reacted to the legal decision in a since-deleted blog post, stating that she was “well aware of the likelihood that [her] case was not prosecutable due to the statute of limitations in California regarding rape, which was modified in 2016.”

“It gives me great solace to know that my testimony is fully documented, investigated and sealed for the future if needed by law enforcement,” Schuman continued. “Speaking out was the best thing I could have ever done for myself, and I hope it inspires others to do the same if it feels right for them.” 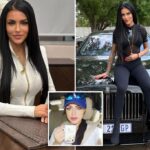 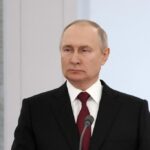 Russia ready for Ukraine deal, but partners cheated in the past