A conservative author was blasted online Monday after he defended the right of “alpha males” to enjoy wings and brews at Hooters with their buddies — and their families.

Nick Adams, who claims to be President Trump’s favorite author, said he was “sick and tired” of being shamed by “feminists” after he tweeted about his favorite restaurant chain.

“I am sick and tired of beta males and feminists trying to guilt alpha males out of eating at Hooters,” Adams tweeted.

“There is absolutely NOTHING wrong with eating at Hooters on a weekly basis, EVEN with the family and kids.”

The MAGA writer was responding to a deluge of online attacks that came from an earlier tweet that used some outdated cliches to explain the difference between the alphas and betas.

“Alpha males eat wings and drink beer at Hooters with the boys, Beta males nibble on tapas at Spanish Vegan cafes with their wives,” the writer said.

The fairly innocuous statement received a broad range of responses that ranged from amused to incensed.

“Interesting, I would think an alpha male would be confident and secure enough to have a healthy relationship with their wife and eat at a Spanish cafe, maybe even have some wine with her. But what do I know,” read a tweet from one user.

Another user questioned whether some men enjoyed Hooters because the presence of scantily clad women was not something they had at home.

“Wouldn’t alpha males have access to their actual wife’s boobs, as opposed to leering at the boobs of a Hooters server who thinks said ‘alpha male’ is about as hot as their own dad?” tweeted Shannon Watts.

One woman who claimed to be a former waitress at the establishment questioned whether Adams’ premise was accurate.

“As a former Hooters girl I can assure you only betas who liked to think they were ‘alpha males’ ate there,” Devanny Pinn wrote.

“And we all laughed when you left,” she added.

Despite the online attacks, Adams was undaunted and continued his defense of the establishment against any real or perceived enemies.

“Hooters is a safe space where Alpha males can bond together and be alphas without the socialist feminist beta left getting in the way,” he said. “Put down the Fortnite controllers and go to Hooters with the boys.” 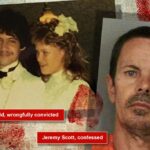 ‘I sleep with dead bodies’ 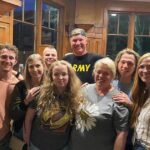 Pictures of Wives and Kids