— Top Fuel Champion Antron Brown shares inspiring stories about the value and importance of racing, and why he is pushing for passage of the RPM Act – 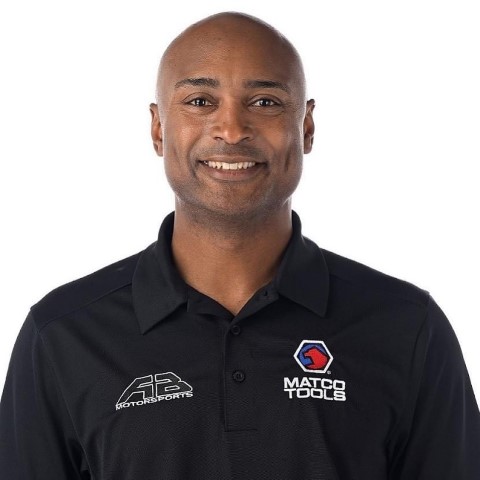 WASHINGTON, D.C.  – Just days after winning the NHRA Top Fuel Race in Indianapolis, Ind., Antron Brown made his way to Washington, D.C., to urge Congress to pass the SEMA-supported Recognizing the Protection of Motorsports (RPM) Act. On Wednesday, Sept. 7, 2022, the three-time Top Fuel world champion, who began his racing career nearly 40 years ago, appeared before Congress to share personal stories about the need for federal law to protect grassroots racing and tens of thousands of jobs in the motorsports parts industry.

With his two sons and wife at his side, Brown shared how motorsports taught him to set goals, work hard to achieve them, and other important life lessons. Representing a four-generation family of racing professionals, Brown talked about how he began racing motorcycles at the age of 4, has enjoyed a successful career with 70 NHRA wins, and became a team owner earlier this year. He continues to support and promote the NHRA to the community and youth groups, relaying the origins of the organization that was formed in 1951 to get hot rodders safely off the streets and onto the track.

“Americans all over the country enjoy the hobby of modifying vehicles into racecars,” said U.S. Senator Shelley Moore Capito (R-W.Va.), Ranking Member of the Senate Committee on Environment and Public Works. “The bipartisan Recognizing the Protection of Motorsports (RPM) Act would clarify that vehicles to be used solely for competition are not to be treated like the cars that drive on our nation’s roads. This legislation would ensure small businesses that help hobbyists who transition vehicles into racecars, which are not driven on the roads, are not unfairly punished or targeted through EPA enforcement. It was a pleasure to welcome champion driver Antron Brown today and hear his life’s story, which reinforces how the RPM Act would protect the future of motorsports by making clear those who want to pursue their passion can affordably do so without fear of Washington bureaucrats.”

Ranking Member Capito is amongst the 31 bipartisan co-sponsors of the RPM Act. First introduced in 2016, the bipartisan bill would enshrine in Federal law that it is legal to modify street vehicles into dedicated race vehicles.

“Racing is much more than just a pastime for me,” said Brown. “I have countless fond childhood memories and have learned many life lessons at the racetrack. I have built a life on the track and am building a business through AB Motorsports. I feel strongly that we must keep the path to entry into motorsports accessible to future racers.”

Brown explained that for amateur racers, modifying production vehicles is the only cost-effective way to get into racing. He testified that the converted motorcycle that he began racing cost about $5,000; a purpose-built vehicle would have been 10 times that amount.

This practice of converting street vehicles into dedicated race vehicles had gone unquestioned until 2015 when the Environmental Protection Agency (EPA) issued a draft ruling stating that it is not legal to convert production vehicles into dedicated race vehicles. Although the ruling was never finalized, the EPA maintains its position that such conversions are not legal and continues to enforce against the production and sale of high-performance parts. 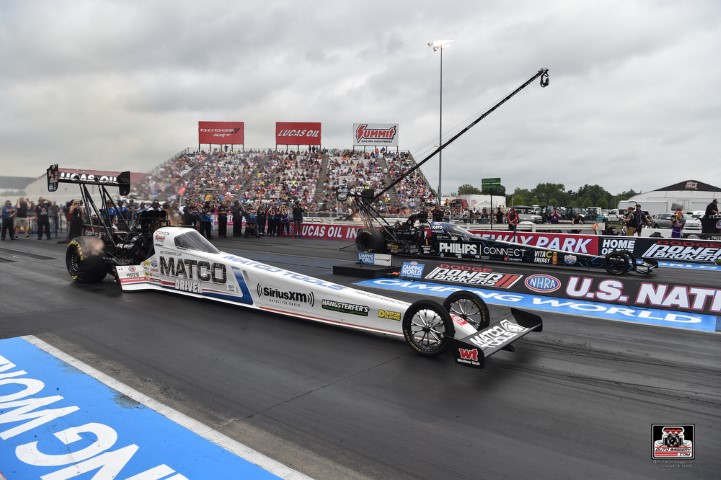 Antron Brown emphasized during his testimony that the RPM Act is focused solely on dedicated race vehicles that are trailered to and from the racetrack. Opponents to the RPM Act acknowledged during the Senate hearing that such vehicles do not have a measurable or meaningful impact on the environment.

“Racing is important to many Arizonans – and it’s a part of our state’s legacy,” said U.S. Senator Mark Kelly (D-AZ). “The RPM Act will help provide certainty to Arizona’s amateur racers and auto mechanics from EPA regulations, which could harm their ability to enjoy the hobby of motorsport.”

The RPM Act would not impede on the EPA’s ability to enforce clean air laws. Vehicles driven on public streets would continue to be governed by the federal Clean Air Act.

“For nearly 45 years, the Clean Air Act did not apply to dedicated race vehicles. The EPA’s recent interpretation of the law has thrown the motorsports industry into a state of uncertainty,” said Mike Spagnola, President and CEO of the Specialty Equipment Market Association (SEMA). “Now that the Senate Environment and Public Works Committee has held a hearing on the RPM Act, we urge the committee to schedule a vote on the bill. SEMA is urging all racers, motorsports businesses, and fans to ask their elected officials to support and pass the RPM Act.”

“Racers and small businesses that manufacture, distribute, and sell race parts have waited long enough. It’s time to pass the RPM Act and give the racing community the clarity it needs and deserves,” said Spagnola.

The SaveOurRacecars.com website has resources to help identify and contact the appropriate policymakers about the RPM Act.