New Zealand Prime Minister Jacinda Ardern made a shocking announcement Thursday that she will resign from her role 10 months before her term ends.

The Labour Party leader broke the news at the party’s annual caucus meeting while holding back tears. Ardern admitted she doesn’t have the energy to continue the role past Feb. 7 despite previously announcing her intentions to run for a third term.

“I know what this job takes. And I know that I no longer have enough in the tank to do it justice. It’s that simple.”

Ardern said she had spent her summer break contemplating whether she had the energy to continue leading the office, but ultimately concluded she did not.

The world’s youngest female head of government said she wants to be present when her 4-year-old daughter Neve begins school next year.

“To Clarke, let’s finally get married,” she told her husband, ABC News reported.

After being elected in 2017 at age 37, Ardern led New Zealand through the Covid-19 pandemic, the terrorist attack on two mosques in Christchurch and the White Island volcanic eruption. She was re-elected in 2020, and her term was set to end at the end of this year.

Ardern was not situated well to win re-election in October, however. The Ardern-led Labour party has been slightly trailing behind the opposition National for several months, the Guardian reported. 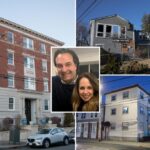 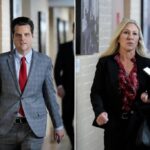