A 22-year-old college senior from upstate New York has gone missing while studying abroad in France – and his family is pleading for help in finding him.

Ken DeLand Jr., a student at St. John Fisher University in Rochester, last contacted his parents on Nov. 27 via WhatsApp after leaving his host family’s home to catch a train to Valence, France, according to a website launched by the frantic family.

The last time his phone pinged was on Nov. 30.

“Still, communication has yet to happen from his phone or any social media” since Nov. 27, the Find Ken DeLand site says.

“Kenny’s bank was made aware of his disappearance and provided authorization to police to track purchases,” it adds.

According to the bank statements, the young man made a purchase at a store in Montelimar at 9 a.m. Dec. 3 for $8.40,” the family said.

“We fear the worst and want him to be located,” they added.

Kenny was in “constant communication” with his family while abroad, his father Kenneth DeLand Sr. told “Good Morning America.”

“He would reach out to me almost daily, sometimes every other day,” his despondent dad said.

“AIFS joins others concerned for his safety and we are working with local law enforcement who have begun a search. We have been in contact with Kenneth’s family and university and we are hoping for his swift and safe return,” AIFS told the news network.

DeLand Sr. said a representative from the program notified the family that Kenny did not attend class, which was unusual.

“Kenny’s a friendly, outgoing college student, a young man,” he said. “He loves to travel. So, this trip has been something that he’s really looked forward to and enjoyed.”

Kenny was last seen carrying a black backpack and was wearing a red jacket, scarf, grey beanie and blue plants.

“If he attempts to leave France via train, his passport will ping. We have learned that you can travel via other means without using your passport,” the family said on the website.

“We understand Kenny is an adult, and the University, as well as local, national and international police hands, are tied. Neither the U.S. nor French administration can share his whereabouts. What we do know is there is a missing person’s report filed,” they said.

The family added that Kenny’s international studies are scheduled to end on Dec. 17 and that his visa will expire on Jan. 20.

Rev. Brian Fellows said “what we hope his family gets from this is that we don’t want their hope to die. I believe wherever he is that all is holy and all that is sacred is with him and that it brings him comfort and peace.”

His friend Hunter said he last spoke to him “two or three weeks before he went missing,” adding that “he forgot how to say ‘heck’ in French so being the good patron I am I gave him the right word.”

St. John Fisher University officials said the school is doing everything it can to help local and foreign authorities with the probe, which includes the FBI, WHAM reported. 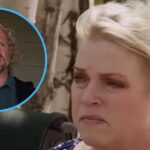 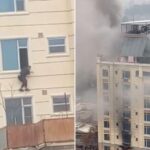