Garret Wilson thinks New York Jets head coach Robert Saleh has what it takes to get in a UFC octagon.

Asked who he could see in the cage Garrett named two teammates and his coach.

“I think Nathan Shepherd, who plays D-line for us or Mike Clemons,” Wilson told Fox News Digital when asked who he could see in the cage. “That’s the main one I think that could fight.”

“Coach Saleh is big too. I think he could handle this too.”

The former Ohio State wide receiver, 22, partnered with On Location to attend the event.

The rookie said it was his first real UFC experience but said he “he wanted to see what it was like” now that he’s in the Big Apple.

“But never really got into it as much as I could have,” Wilson said. “Now being in NYC and having the fight close, I wanted to see what it was like. Eventually, I could end up getting into it a bit.”

Wilson also acknowledged being apart of a 6-3 Jets team thats been off to a hot start this 2022 NFL season.

Wilson has hauled in 42 catches for 421 yards and two touchdowns this season. 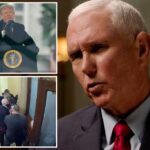 Trump ‘endangered me and my family’ on Jan. 6 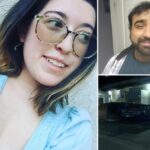