Mayor Eric Adams and his team are worried a steady flow of migrants to New York City will turn into a flood when a Trump-era immigration order ends next week — with the mayor also expressing growing anxiety that neither Gov. Kathy Hochul nor President Biden have offered a helping hand.

And even Adams admitted publicly Thursday that “no one” from the federal or state governments have come to the aid of the Big Apple with resources and services for the more than 30,000 migrants who have been bused here from the southern border since spring — let alone the thousands more expected after next week.

“Dec. 21 is a date we’re all anxious about,” one top official fearfully told the group of federal, state and city lawmakers and their staffers – referring to next week’s expiration of the pandemic-related immigration restriction known as Title 42. The order allowed border patrol to quickly expel migrants who entered the country illegally.

“They expect people to be coming in from all over. It’s common sense that they should be worried – Title 42 is going to be up. … People internally are asking: Where is the help?” said another source on the call.

“And the governor has largely avoided the topic — and to think that’s why they recently asked Biden for a billion dollars.”

Even Adams publicly acknowledged he’s on edge about the looming deadline.

“We have a few days before the issue is back in front of us,” Adams told reporters during a City Hall press conference.

The Post exclusively revealed Wednesday that City Hall submitted a $1 billion funding request to the Federal Emergency Management Agency, which confirmed its Emergency Food and Shelter Programs National Board is presently “reviewing their application.”

But the price tag was calculated well before the city’s estimated migrant population grew to over 31,000, with upwards of 21,000 living in the city’s shelter system, as of the latest figures recorded by City Hall released Thursday.

Adams, who declared a state of emergency over the migrant crush in October, said during Thursday’s press conference that the city has spent hundreds of millions of dollars on the crisis.

“No one has helped us. No one. We have not gotten a dime from anyone. That has to stop. We need help,” a fiery Adams said as he pointed to fellow Democrats Hochul and Biden without naming them.

“We should not be paying for this. We need help from Washington, DC — and help from the state.”

The White House and governor’s office did not immediately respond to requests for comment from The Post.

“Why won’t Mayor Adams tell President Biden to shut down our open border? And why won’t he challenge the ‘Right to Shelter’ law meant for citizens? The vast majority of those entering our country have done so illegally and don’t even qualify for asylum,” she told The Post.

“If our border is not secured, this problem will only continue to get worse. It’s simply unsustainable and unfair to expect our struggling taxpayers to continue paying for this.”

Another City Hall source said that frustration among Adams officials is growing because the city has “received no help from Washington or the state.”

“People internally are asking: where is the help? And the governor has largely avoided the topic and to think that’s why they recently asked Biden for a billion dollars,” the source added.

The new local plan dubbed “Operation Cluster,” details of which were obtained by The Post, shows the National Guard will add more guardsmen to staff the city’s shelters housing migrants from the southern border.

“There was a pause during the elections,” said the source, adding the expansion is expected to be completed by Jan. 15.

“The goal … is to save money by adding additional hotels for lodging of service members close proximity of their [shelters].” 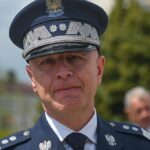 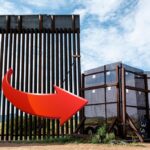 Hole in US-Mexico border plugged one year after Post report