The new residents of No. 10 Downing Street will be richer than those in Buckingham Palace.

Rishi Sunak, who will become the UK’s new Prime Minister, and his wife Akshata Murty have an estimated fortune of $845.5 million, according to the Sunday Times 2022 Rich List. The list placed them as the 222nd richest people in Britain.

In comparison, the same list placed Queen Elizabeth II’s fortune at $418.5 million before her death.

King Charles III and Camilla, Queen Consort’s weath is estimated to be between $339 million and $396 million, according to the Guardian.

Sunak is a former hedge fund manager but Murty is the daughter of one of India’s richest men.

N.R. Narayana Murthy is the founder of tech giant Infosys and at the time the Rich List was published in July, Murty owned a stake worth about $780 million.

Murty, who is also a fashion designer, invests in start-ups through her private investment firm, Catamaran Ventures UK.

In May, the Bloomberg Billionaires Index put her net worth at about $1.3 billion.

The couple, both 42, met while studying at Stanford University for an MBA and were married in 2009. They have two daughters.

They have a property portfolio of four homes worth an estimated $17 million, including a penthouse in Los Angeles overlooking the beach where “Baywatch” was filmed, according to The Guardian.

Earlier this year it was revealed Murty, an Indian citizen, had opted to claim non-domiciled status, which meant she paid $33,932 a year to not have to pay local tax on overseas income.

The BBC estimated she would have avoided $2.4 million a year in UK tax.

She relinquished the status after intense backlash. Sunak was Chancellor of the Exchequer, the government’s chief finance minister, at the time.

“I understand and appreciate the British sense of fairness and I do not wish my tax status to be a distraction for my husband or to affect my family,” Murty said in a statement.

“I will now pay UK tax on an arising basis on all my worldwide income, including dividends and capital gains, wherever in the world that income arises. I do this because I want to, not because the rules require me to.”

Sunak won’t only be one, if not the, richest UK prime ministers in history, he will also be the first prime minister of color and the youngest person to take office in more than 200 years.

He takes over from Liz Truss, who he lost the leadership race to in September. She resigned last week after 44 days in office.

Truss will hold a final cabinet meeting on Tuesday morning local time before submitting her resignation to King Charles III, who will then appoint Sunak as prime minister.

Sunak secured the top job after Leader of the House of Commons Penny Mordaunt pulled out of the Conservative Party’s leadership race. Boris Johnson, who resigned as PM before Truss, dramatically dropped out of the race as well.

Addressing the public for the first time after confirmation he would be the nation’s next PM, Sunak said Britain faced “a profound economic challenge”.

“We now need stability and unity and I will make it my utmost priority to bring our party and our country together,” he said. “Because that is the only way we will overcome the challenges we face and build a better, more prosperous future for our children and our grandchildren.” 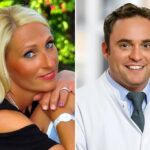 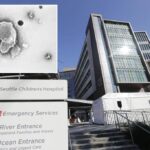 What’s behind worrying RSV surge in US children’s hospitals?