New Orleans Mayor LaToya Cantrell has admitted to living rent-free in a city-owned luxury apartment in the French Quarter — just weeks after it was revealed that she blew nearly $30,000 in taxpayer funds for multiple first-class tickets to Europe.

The Democrat mayor, 50, defended living in the $3,000-a-month apartment in the Jackson Square section on the city’s dime, saying it was not illegal for her to do.

“The mayor’s usage of the city-owned apartment at the Pontalba is consistent with the usage of previous mayors,” communications director Gregory Joseph told NOLA.com on Friday.

“In the 2013 franchise agreement there are no rules governing how that unit should be used and the FMC believes the mayor has no obligation to pay rent on that apartment because she’s using it in the same manner that previous mayors have enjoyed.”

But an investigation published last week from news station WVUE-TV accused her of potentially violating a city employee policy that reads: “use of city property is for work-related purposes, and not personal benefit.”

The controversial mayor has apparently lived in the posh apartment for months, even tapping a city employee to act as the apartment’s superintendent, according to a separate report Thursday from the Metropolitan Crime Commission, a citizens’ organization dedicated to exposing public corruption.

The MMC report showed pictures of Cantrell going to and from the apartment in the historic Upper Pontalba building as a city-owned SUV is parked outside, according to WWL-TV.

It also revealed that the mayor — who earns $188,000 a year — put up privacy screens on the balcony and received packages at the address, the article said.

The separate two-month-long investigation from WVUE-TV published last week found that the mayor was at the apartment almost every day over a 26-day period, staying for hours at a time and sometimes spending the night.

Emails obtained by The Times-Picayune show that Cantrell repeatedly enlisted an employee from her office as a handyman to fix the apartment’s shower and internet and run other errands.

“I was with the Mayor at the Apt on Saturday and she says it still does not provide her with a hot shower,” Bryon Cornelison, deputy director of programs for the Mayor’s Office of Cultural Economy, reportedly said in a January 24 email to property manager French Market Corporation.

Two months later, the mayor reportedly emailed Cornelison about fixing a leak in the bathroom.

“Tomorrow between 12:30 – 2:30 is good with me Bryon. You or security would need to be present,” the mayor reportedly wrote him.

A city spokesperson confirmed to local media that Cantrell had been living in the apartment and said the arrangement was not illegal or untoward.

“The mayor’s usage of the city-owned apartment at the Pontalba is consistent with the usage of previous mayors,” communications director Gregory Joseph reportedly said.

“In the 2013 franchise agreement there are no rules governing how that unit should be used and the FMC believes the mayor has no obligation to pay rent on that apartment because she’s using it in the same manner that previous mayors have enjoyed.”

City Councilman Eugene Green, who sits on the board of the French Market Corp., also told WWL-TV he didn’t see a problem with the mayor’s free digs.

“Councilmember Green is not aware of any regulations or procedures that may have been violated,” his chief of staff Sandra Thomas reportedly said.

City Council President Helena Moreno said she would review the MMC’s request for an investigation to “ascertain” if she is “complying with city policy and/or state law.”

“That’s an additional benefit tax-free that she’s been receiving. She doesn’t need to be residing there or using that. And I think that it’s a misuse and abuse of her authority. But I’m waiting to see what the city council’s position is,” MMC president Rafael Goyeneche reportedly said.

A day after Goyeneche’s report was released, the city’s chief administrative officer said Cantrell would have to pay back the city for $29,000 in first class ticket upgrades.

The mayor had incurred the travel expenses on flights to France and Switzerland. Her in-flight upgrades cost as much as nine times more than aides that were flying in coach, The Times-Picayune said.

On Sept. 10, Cantrell held a news conference to defend her expensive seats and told the media it was unsafe for black women to fly in coach.

“Anyone who wants to question how I protect myself just doesn’t understand the world black women walk in,” she reportedly said, while contending her “travel accommodations are a matter of safety, not of luxury.”

Officials countered Friday that city employees are required to seek the most inexpensive travel options available or reimburse the city for the difference.

“Upon receiving that information, it turns out that that is applicable to her, and in all candor, I have to fulfill my duties as the CAO and ensure that those rules and responsibilities are effectuated to everybody,” chief administrative officer Gilbert Montano reportedly said.

Cantrell had been adamant about not reaching into her pocket to pay taxpayers back for her pricey flights, saying it was important to travel in style while representing New Orleans.

“One thing is clear: I do my job. And I will continue to do it with distinction, with dignity and integrity every step of the way,” she told reporters on Sept. 8. 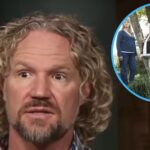 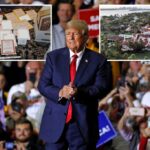