New Hampshire Democrats believe proposed changes to the primary schedule championed by President Biden will “wreak havoc” in the state.

A letter sent to White House chief of staff Ronald Klain and deputy chief of staff Jen O’Malley Dillon on Tuesday urged the 80-year-old president to reconsider his support for moving New Hampshire out of its slot as the first-in-the-nation primary, Politico reported.

The pols argue that making South Carolina the first primary state in 2024 would put New Hampshire Democrats on the ballot next year in jeopardy.

“While we share your desire to elevate more diverse voices in the process, we believe that the proposed schedule could wreak havoc on Democrats up and down the ticket in New Hampshire and unnecessarily jeopardize four critical electoral votes in your re-election campaign,” reads the letter obtained by Politico.

The Democratic National Committee voted last month to remove Iowa as the first caucus state and move New Hampshire further down the primary schedule, moving South Carolina up to the No. 1 slot,  in an effort, backed by Biden, at increasing diversity in the presidential nominating contest.

Last month, both of New Hampshire’s Democratic US senators, Jeanne Shaheen and Maggie Hassan, skipped the White House congressional ball in protest of the proposal.

“As Senator Shaheen has said, the President’s proposal unnecessarily makes Democrats in New Hampshire, from the top to the bottom of the ticket, vulnerable in 2024,” Sarah Weinstein, a spokeswoman for Shaheen, told The Post at the time.

Under the new arrangement, the Palmetto State would hold its primary on Feb. 3, 2024. Nevada and New Hampshire will hold their primaries three days later, followed by Georgia on Feb. 13 and Michigan on Feb. 27.

“I strongly oppose the President’s deeply misguided proposal for changes to the primary calendar. Make no mistake, New Hampshire’s law is clear and our primary will continue to be First in the Nation,” Hassan wrote on Twitter last month.

New Hampshire Democrats’ letter to the White House on Tuesday also said the plan puts their candidates in a “no-win position” and makes the state vulnerable to being taken over by Republicans.

“New Hampshire Republicans have begun to use this move to attack New Hampshire Democrats – an attack that they are already capitalizing on in the 2024 election cycle, when everything from the state legislature and governorship to the two battleground Congressional seats and presidency will be at stake,” the letter reads.

“We are especially concerned about how this will impact your re-election,” the signatories add, referring to Biden. 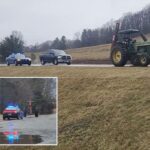 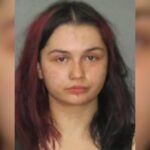