Scott Jameson, 45, was arrested Friday and hit with one count of child pornography with the help of a Cambodian organization that directed federal authorities to possible perverted behavior, according to the US Attorney’s Office for the District of Massachusetts.

The Massachusetts magician was reported to the feds by Action Pour Les Enfants — a Cambodian non-governmental organization that fights to stop child sex abuse and exploitation –after his trip there earlier this year, when he allegedly was seen improperly interacting with a young boy in a park, prosecutors said.

The APLE report also stated two Cambodian boys informed staff Jameson allegedly slept in the same bed with them on more than one occasion; they didn’t report any sexual abuse.

When authorities found out Jameson again traveled to Cambodia in late August, they were waiting at Logan Airport when he returned Wednesday and searched his belongings.

Jameson told authorities he’s worked as a magician for more than two decades and consistently performed at libraries and private and family events across New England, the feds said. His audience was mostly kids between kindergarten and eighth grade, prosecutors said.

If found guilty, Jameson could face 20 years in prison and a lifetime of supervised release. 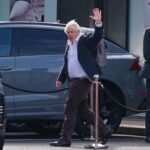 Boris Johnson out of race to be next UK prime minister 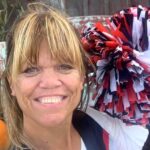