As Republican Adam Laxalt’s lead in the Nevada Senate race dwindles with 93% of the vote counted, his campaign is reportedly “bracing for a loss” and weighing asking for a recount.

“The mood is not great,” a Laxalt campaign adviser told the Daily Mail, adding that staffers are looking for someone to blame.

“I’ll say this, internally, the knives are out,” the person said, explaining that publicly the campaign is projecting confidence while behind the scenes staffers are “bracing for a loss.”

The Laxalt campaign is apparently weighing whether or not to seek a recount in the event of a loss, which would require Laxalt’s team to cover the costs involved.

“There is an internal discussion right now on whether or not to ask for a statewide recount,” the adviser told the Daily Mail. “And that would obviously entail fundraising … so they are working at identifying fundraisers.”

In a tweet on Friday, Laxalt denied claims that his campaign is anticipating a loss.

“This is totally and completely false,” the former Nevada attorney general wrote in a tweet, linking to the report.

“Absolutely nothing has changed since our Tucker interview or my tweet last night. We are waiting on results tonight and expect her percentages to continue to remain under what [Cortez Masto] needs. We still remain confident,” Laxalt concluded.

However, the Daily Mail also reports that text messages purportedly between a Laxalt campaign staffer and someone linked to the campaign further corroborate the grim internal outlook.

The Nevada Senate race is key to determining which party will control the upper chamber in Congress. Republicans need to win two of the three outstanding Senate races in Georgia, Arizona, and Nevada in order to take the Senate. 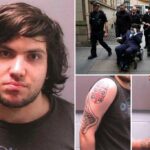 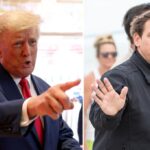