A Michigan man has been charged with threatening to kill a California congressman and the head of the FBI — because he was convinced they were in a “child slave rape ring” with Tom Cruise and Elon Musk.

Neil Matthew Walter, 32, was initially investigated for making a death threat in a Nov. 3 voice message for Rep. John Garamendi, a California Democrat, according to an affidavit.

“It was noted that Walter’s public Facebook posts had numerous comments stating beliefs that half the Senators, the FBI, CIA, police, Tom Cruise, and Elon Musk are involved in a child slave rape ring,” the agent noted.

The affidavit included a screenshot of one of his posts that attacked Garamendi, saying: “Have a nice life, John, your [sic] getting put down for life bud.”

Walter also listed “various locations where these rings are located, one of which identified the United States Capitol Building.”

Police made a welfare check at his home in suburban Flint on Nov. 8, during which “Walter answered the door with a firearm in his hand,” the document says.

A detective there “stated that although no direct threats were made towards law enforcement, Walter did claim that he would defend himself against the U.S. government.”

“During police contact, Walter went on a rant about kids being raped, a lawsuit with Putin, and how he is calling everyone all the time, but no one is doing anything about the kids,” Thomas wrote.

Walter’s parents, dad Lloyd and mom Terri, warned that their son had previously been committed over “an unspecified psychosis,” which once led him to jump out a window.

Despite his mental health problems, Walter was the registered owner of a Sig Sauer 9mm pistol and also had a “revolver pistol,” the doc said.

His mom later called police to warn that her son “is refusing mental health treatment, is still in possession of a handgun, and made statements he would protect himself if anyone comes to try to take him from his home,” the document states.

Nine days later, he made public threats in Facebook comments next to a video of FBI Director Christopher Wray, the agent said.

Other posts still on his social media page show him continually ranting wild conspiracies, including a recent one saying that “Tom Cruise & Elon Musk we’re at the underground imprisonment rape show.”

Walter was arrested and charged in federal court with using the phone and internet to make violent threats. He was ordered held at least until a hearing on Dec. 1.

His attorney did not immediately respond to requests for comment. 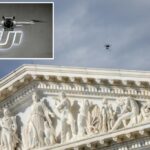 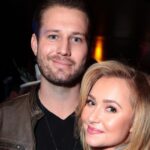