A couple’s dog was killed and skinned just three miles away from where the four University of Idaho students were brutally slaughtered in their home, leading locals to fear a connection between the two attacks.

Buddy, a 12-year-old mini Australian Shepherd belonging to Pam and Jim Colbert, was left with fur only on his legs and face when he was killed after they let him out of their Moscow home on Oct. 21, the Daily Mail reported.

“It was like a deer that someone had hunted,” Pam, 78, told the news outlet. “They cut him around the neck and just skinned him. His little legs had fur and his little face had fur, but the rest of him was just skinned,” she said.

“The other side of him was as though they had filleted him like they were about to eat him. It was terrible, unbelievable,” Pam told the Daily Mail. “They cut him like you filet a fish. We found his collar, but we didn’t find the pelt.”

A Latah County Sheriff’s Deputy who photographed the pooch’s remains has confirmed that the killer was human, according to the report.

The sickening crime was committed 23 days before Madison Mogen, 21, Kaylee Goncalves, 21, Ethan Chapin, 20, and Xana Kernodle, 20, were stabbed to death in their off-campus home about three miles away.

On Sunday, police said they still believe the attack was targeted, but continue to be unsure where the killer or killers could be. The murder weapon has not been found.

Authorities haven’t linked Buddy’s death to the shocking murders, but locals fear there may be a connection between the two incidents, the Daily Mail reported.

“Everybody is very nervous and scared. This is something awful and evil,” Pam told the paper. “We let Buddy out and somebody must have been waiting out there. Bud never leaves the yard but this person grabbed Buddy.”

Shortly before the dog’s death, Jim, 73, also found the remains of a rabbit with its scalp and ears sliced off near the couple’s home.

“It had the head sliced right open and you could see the brain,” he told the news outlet.

The Colberts’ next-door neighbor Clinton Hughes posted a message on Facebook when Buddy was found dead.

“MOSCOW PUBLIC ALERT: This sounds like clickbait but it’s not. Last night after 2am, our neighbors’ sweet little dog was skinned like a deer,” he wrote on Oct. 22.

“No animal did this. Our dog is bigger, and was so anxious about the same time that he tore his bed up into a thousand pieces. Also, our cat has been missing for the last couple of days,” Hughes wrote.

“Not sure if it’s tied to Halloween, and I don’t really care, I’ll be chambering all my firearms, and I would suggest everyone else in North Moscow do the same,” he added.

Moscow Police Chief James Fry said investigators have sifted through hundreds of tips and interviewed dozens of people to solve the students’ murders.

Many students have left for home ahead of Thanksgiving break and don’t want to return, University of Idaho President Scott Green said at a press conference Sunday.

Police initially said there was no threat to the community after the crime was discovered but later backtracked and urged people to be vigilant. 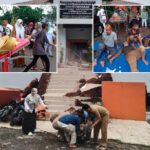 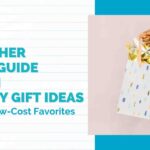