Republican Nebraska Gov. Jim Pillen on Thursday appointed his predecessor, Pete Ricketts, to fill the Senate seat vacated by Ben Sasse when he stepped down to become president of the University of Florida.

Ricketts, a Republican, served as governor of Nebraska from 2015 until last week when Pillen was sworn in after winning the 2022 election. Ricketts, who was term-limited, had endorsed Pillen and was widely expected to be the choice to replace Sasse.

“My job in this process is really, really simple: to find the best person to represent us Nebraskans,” Pillen said at a joint press conference with Ricketts.

Pillen said his team interviewed nine candidates out of 111 applicants for the open Senate seat, which Sasse formally resigned from on Sunday. Pillen noted that Ricketts vowed he would not leave the Senate to accept a Cabinet position in a future Republican presidential administration.

“Ultimately, the timing of this is very, very rigorous, and my belief in not [selecting] a placeholder and my belief in seniority being really, really important, and running statewide elections and winning statewide elections in ’24 and ’26 is rigorous and demanding, and ultimately that was a big separator,” Pillen said of why he selected Ricketts.

The former governor, and part-owner of the Chicago Cubs, said he is “committed to running” in the 2024 and 2026 elections.

Ricketts also said Nebraskans should expect “a lot of similarities” between Sasse’s conservative positions and his own.

“I do think it’s important that we have [those] same conservative values and philosophies coming to DC,” Ricketts said.

He will now serve until 2024, when he will compete in a special election to fill the remaining two years of Sasse’s term.

Prior to Sasse’s appointment at the University of Florida, he told the school’s Board of Trustees that the school is “the most interesting institution in the state, that has the most happening right now, and is, therefore, the best positioned to help lead our country through a time of unprecedented change.”

In November, his appointment was protested by hundreds of students at the school. 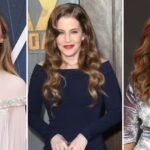