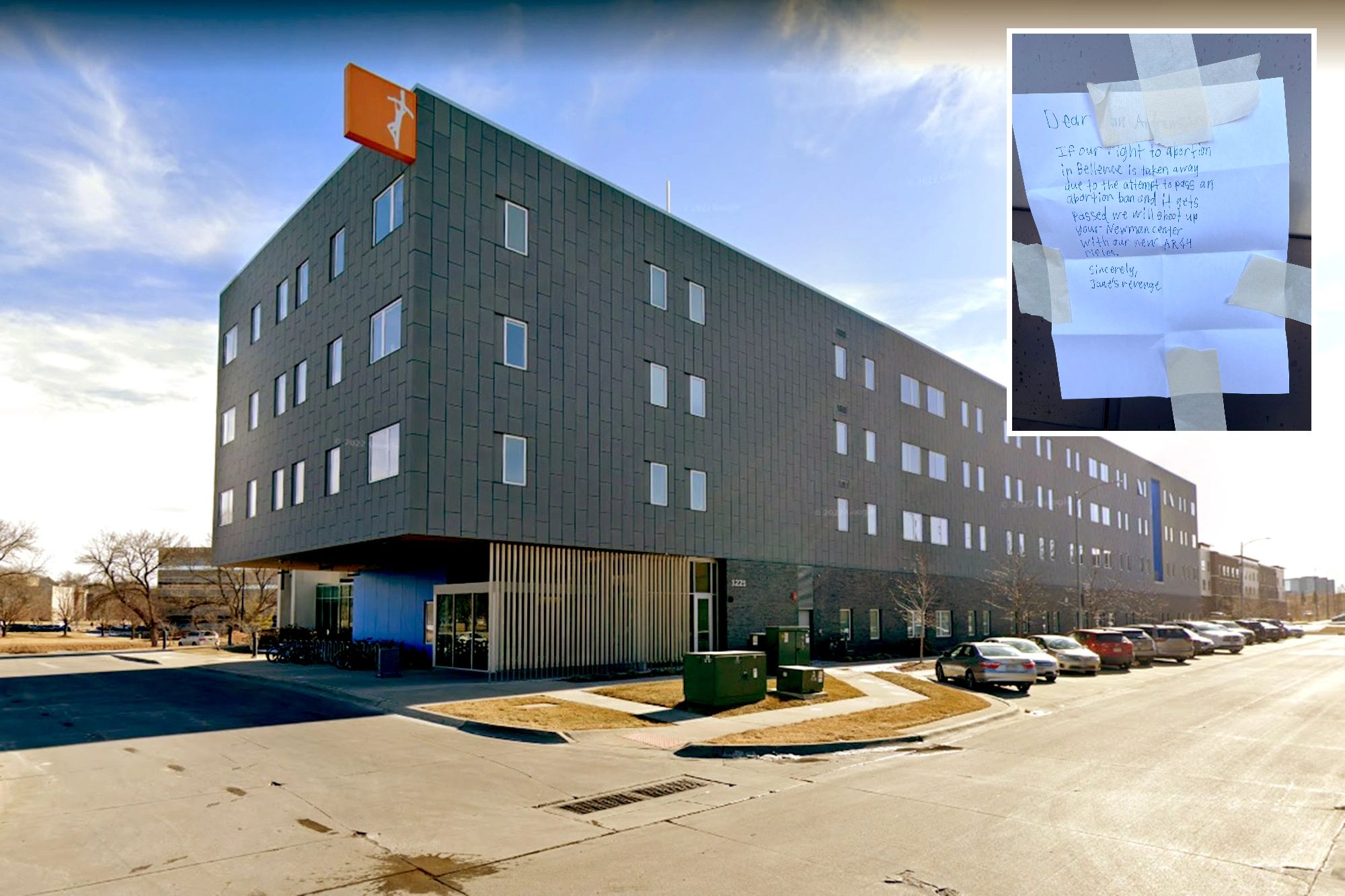 Authorities in Omaha, Nebraska, are investigating two threatening letters allegedly tied to radical pro-abortion group Jane’s Revenge that were sent to a Catholic-affiliated center and a local Christian church.

“If our right to abortion in Bellevue is taken away due to the attempt to pass an abortion ban and its gets passed we will shoot up your Newman Center with our new AR-14 rifles. Sincerely, Jane’s Revenge,” a note found outside the John Paul II Newman Center near the University of Nebraska-Omaha’s Scott Campus allegedly reads.

Students for Life president Kristan Hawkins posted a photo of the note to Twitter on Saturday, saying “Jane’s Revenge threatens to shoot pro-lifers.” Members of Students for Life were meeting at the Catholic-affiliated center on Saturday “to strategize about how to use @studentsforlife’s Campaign for Abortion Free Cities to shut down the late-term abortion facility in the state,” according to a Twitter thread by Hawkins.

The note was reported to authorities and the University of Nebraska at Omaha Public Safety’s office posted on social media that it was “alerted to a threat of violence against the John Paul II Newman Center” and called on the public to come forward with any tips on the case.

The note ostensibly posted by a member of Jane’s Revenge was addressed to the director of the Newman Center, Rev. Dan Andrews, KETV reported.

“This obviously causes us great concern,” Andrews said of the note, according to the Star Herald. “Our number one priority is the safety of our students.”

Later that day, another note was found at the Christ Community Church in Omaha.

“Friends, earlier today, CCC staff found a threatening note taped to an outside door at CCC. The note claims to be from the abortion rights extremist group, Jane’s Revenge, and makes threats against our Lead Minister and the church relating to an abortion policy discussion taking place in the City of Bellevue,” Christ Community Church said in a message to church members on Saturday evening. The message was provided to Fox News Digital early Sunday afternoon.

“At least one other Omaha church received a similar letter. We take the threats seriously and filed a report with the City of Omaha Police Department, and are cooperating with their ongoing investigation,” the message continued.

The church is located just over 5 miles from the Newman Center.

Bonacci said police are working with federal and local authorities to determine if the threats are credible.

“​We take any threat of violence serious and will continue to do our due diligence to ensure a thorough investigation,” Bonacci said.

A spokesperson for the Omaha Police Department confirmed to Fox News Digital on Sunday that “we responded to a report of a threatening note left at Christ Community Church, and are currently investigating.”

Christ Community Church said all events will continue as planned despite the threat, and the police department would provide extra patrols at the church.

Fox News Digital reached out to the FBI inquiring if they are also investigating the notes.

A recent study conducted by the Crime Prevention Research Center found there were 22 times more attacks against pro-life groups since the leak in early May of a draft Supreme Court opinion overturning Roe v. Wade compared to attacks on pro-choice organizations.

A research team at CPRC found there were 135 attacks against pro-life organizations and supporters between May 3 to Sept. 24 of this year compared to six attacks on pro-choice groups and supporters.

Attacks on pro-life centers exploded soon after the historic leak in early May. In June, Jane’s Revenge even took credit for some attacks and declared it “open season” on pro-lifers.

“From here forward, any anti-choice group who closes their doors, and stops operating will no longer be a target. But until you do, it’s open season, and we know where your operations are,” a letter from Jane’s Revenge dated June 14 reads.