It’s a near free-for-all.

Close to 90% of suspects arrested in Nassau County between July and September were freed without bail — up 2% compared with the previous quarter, startling new statistics show.

“In Nassau County, what we’ve seen is a dramatic spike in people who are let out without having to post bail,” Blakeman told The Post before the start of the midtown rally. “And then they get rearrested for crimes like carrying an illegal firearm or weapon, for larceny, for burglary.

“These crimes keep going up and people keep getting out and committing crime after crime after crime,” he added. “What’s really depressing is we have shop owners who don’t even call the police anymore because the shoplifting is so bad; the police are there every day — it’s bad for business.”

The report released Thursday also showed that of all those arrested and then freed, about 9.5% were rearrested.

Blakeman called on state legislators to change laws that he said “give more rights to criminal than to victims.” He specifically singled out the state’s cashless bail law, which eliminates money bail for most misdemeanors and non-violent felonies.

The Nassau County executive also took issue with the Humane Alternatives to the Long Term Solitary Confinement Act passed by the state Senate last year that limits to 15 days segregated confinement for all inmates.

“There is a crime pandemic right now throughout New York State,” he said. “We have to change the laws and that will help change the culture.”

He asserted that because of soft-on-crime laws in New York, residents no longer feel safe and are moving to the Carolinas, Florida and Arizona.

Between January and the end of September, 1,416 suspects facing drug-related charges in Nassau County were freed without bail — up more than 2.5% compared with the same period last year.

There were also 1,331 suspects charged with counts of larceny and 857 facing assault charges released, representing 41% and 39% increases, respectively, compared with last year’s numbers.

So far this year, 230 freed suspects facing drug counts wound up back in lockup, a more than 32% increase compared with 2021.

During the first nine months of the year, 122 suspects arrested for larceny and then released without bail were rearrested — up 50% from the same period in 2021.

Also, 62 people accused of assault and related charges ended up back in jail after being freed — a whopping 100% increase compared with last year’s stats. 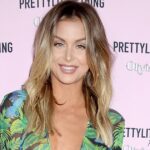 Pictures of Reality Star Without a Bra 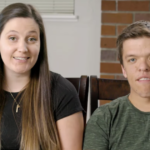