A North Carolina man fatally shot his wife and three kids before killing himself in a grisly murder-suicide that left five dead over the weekend, according to authorities.

Local police identified the gunman as Robert Crayton Jr., who had a history of mental illness before the gunfire began inside a home Saturday morning. The 45-year-old man’s wife Athalia Crayton, 46, and children, Kasin Crayton and two other unidentified minors, 16 and 10, were all killed, according to High Point police.

Two other people, a relative and an acquaintance were able to escape from the home and knocked on neighbors’ doors seeking help, High Point police said. Both survivors – a man and a woman – are in their 20s.

Welch said it’s unclear if the gun was obtained legally. He also said a motive for the deadly shooting inside the home was not yet known.

“I’ve expressed this to the family as we may never know why,” he said. “What goes through the hearts and minds of a person who would do this sometimes dies with him.”

The North Carolina murder-suicide shooting happened just days after eight people died in a murder-suicide in Utah where a man shot and killed his wife, five kids and mother-in-law before fatally shooting himself. 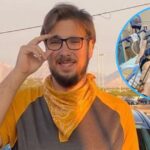 What Happened to Colt From ‘90 Day Fiance’? Updates 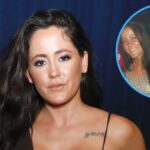