Shocking video has emerged of SEAL recruits being tear-gassed while forced to sing “Happy Birthday” to prevent them from holding their breath.

The clip obtained by CBS News shows the Navy’s would-be warriors screaming in agony while being subjected to the choking gas for over a minute on California’s San Clemente Island.

The admiral in charge of the Sea, Air and Land special ops force has ordered an investigation into the disturbing video, which was obtained by Matthew Cole, author of “Code Over Country,” a book about SEAL Team Six.

“I got this video from some SEAL students who are trying to become SEALs and felt that the instructors and the SEALs were abusive and very careless with their health,” Cole told the news outlet.

The use of tear gas on recruits is standard across the military, though they are normally ordered to remove their gas masks briefly to experience the effects of the irritant.

During the notoriously difficult Basic Underwater Demolition/SEAL (BUD/S) training, instructors must remain at least six feet away from the recruits to avoid the danger of burns and may use the gas for no more than 15 seconds, according to CBS News.

The SEALs commander told CBS News that the footage raises questions about “the lawfulness of the behavior.”

The probe is looking at whether the instructors were unaware of the proper procedures or whether they meant to abuse the young men, the outlet said.

“I think this type of training is really senseless,” Sven Jordt, a Duke University associate professor who studies tear gas and its effects, told CBS News. “It looks more like a form of hazing.”

Navy officials recently asked the Pentagon to approve blood tests for SEAL candidates after the death of 24-year-old New Jersey native Kyle Mullen amid reports of rampant drug use among candidates in the elite unit.

If approved, SEAL candidates for the first time would be required to undergo blood tests to detect the presence of a broad range of performance-enhancing drugs, including those that cannot be detected in standard urine tests.

On Feb. 4, Mullen, of Manalapan, was nearing the final days of “Hell Week,” during phase-one training at Naval Amphibious Base Coronado, near San Diego, when he died.

The official cause of death was reportedly bacterial pneumonia, which his mother, Regina Mullen, 57, attributed to the time he spent submerged in frigid water.

Regina told the New York Times — which first reported about the broad investigation into BUD/S training — that her son started taking the erectile dysfunction drug Viagra on the advice of other candidates as a possible treatment for swimming-induced pulmonary edema, or SIPE. 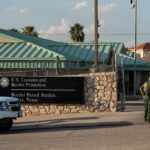 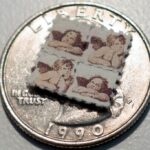