There were already accusations of fraudulent behavior shadowing Kay LeClaire when they showed off their intricate bead- and basket-work on Etsy and social media over the last two years. The posts described the “visions” and dreams that led the Wisconsin artist — who identifies as non-binary and Native American — to create the elaborate pieces of art.

But more than once, the real creators of the work had come forward to take ownership of pieces that LeClaire, 28, tried to appropriate, said a Native American administrator who has known LeClaire since 2020.

“[LeClaire] passed off people’s crafts as their own, and made up stories about the visions,” said Jon Greendeer, the Health and Wellness Coordinator at the Ho-Chunk Nation, in Black River Falls, Wis. “In this way, they did more damage than any European colonizers did in the old days.”

This week, LeClaire — who has claimed since 2017 to be of Metis, Oneida, Anishinaabe, Haudenosaunee, Cuban and Jewish heritage — was accused in an online forum of actually being white, Madison365 reported on Tuesday.

Greendeer, a former president of the Ho-Chunk Nation, a tribe of more than 8,000, told The Post that members of his community were shocked by LeClaire, who wrote academic papers and spoke at conferences, railing against the appropriation of indigenous culture at community events in Madison and other parts of the state.

LeClaire, who has identified as “two spirit” — a term many Indigenous people use to describe a non-binary gender identity — also had a paid residency at the University of Wisconsin and membership on the board of the Missing and Murdered Indigenous Women Task Force at the Wisconsin Department of Justice. The group is working to end abduction and homicide against indigenous women in the state.

“I think it was incredibly deceptive,” Greendeer told The Post of LeClaire’s claims. “They targeted the very people they tried to lift up … I can only think that they have serious mental health issues.”

Greendeer said that, in addition to lying about native crafts, LeClaire claimed to have worked tanning animal hides. But Greendeer, an experienced tanner, knew that LeClaire had no experience. The two had met when LeClaire approached Greendeer for scraps of hide for art projects they said they were working on.

“I never saw them working on any art project,” he said.

According to Greendeer, LeClaire was able to pass as Native American by taking advantage of the “welcoming and open” nature of Wisconsin’s indigenous communities.

“They fooled a lot of people even though a lot of what they spoke was Google and Wikipedia knowledge,” said Greendeer. “They were a master when it suited them, but they created a house of cards.”

That house of cards began to unravel a few years ago when LeClaire helped set up a collective, known as giige, of Native American tattoo artists in Madison.

“Evidence has come to light indicating that Kay LeClaire has made false claims regarding their heritage, their art and their position in the community,” reads a statement from giige on the group’s Instagram page, posted Tuesday. “It is with great relief and a legal feat behind the scenes that the team at giige announce our separation from co-founder Kay LeClaire, effective 12/31/2022.”

“They were a financial drain for us,” Nipinet Landsem, a member of the giige collective told The Post Wednesday of LeClaire. “We paid them and they didn’t come into work.”

LeClaire was reportedly making $750 a week to do administrative work for the group, not including any jewelry or craft sales.

LeClaire did not immediately respond to a request for comment Wednesday. They apologized in a statement to Madison365 earlier this week.

“A lot of information has come to my attention since late December,” LeClaire said. “I am still processing it all and do not yet know how to respond adequately. What I can do now is offer change. Moving forward, my efforts will be towards reducing harm by following the directions provided by Native community members and community-specified proxies. Currently, this means that I am not using the Ojibwe name given to me and am removing myself from all community spaces, positions, projects, and grants and will not seek new ones. Any culturally related items I hold are being redistributed back in community…”

The artist, who was among the original founders of the group, worked as an administrative assistant and event planner but did not work on any tattoos, Landsem told The Post.

The employment issues with LeClaire predated the recent revelations that LeClaire is white, Landsem said.

“We were already in the middle of mediation with them,” Landsem said, adding that giige members had been trying to remove LeClaire from their group since October.

“They were abusive, very hard to work with and always playing the victim,” Landsem said of LeClaire. “They were very good at making everyone feel bad. I cannot stress enough how good a liar they are. This is someone who is extremely intentional.”

Landsem told The Post that they discovered LeClaire’s alleged duplicity when a giige client came forward after seeing a November blog post about LeClaire’s past. The “Fraud Alert” on a site called newagefraud, which has since been taken down, noted that LeClaire had “fabricated and perpetuated a false identity and fraudulently resold the crafts of other artists as their own in direct violation of the 1990 Indian Arts and Crafts Act.”

Kay LeClaire, who is also known as Kathryn LeClaire and Katie LeClaire, is married to Adam Pagenkopf, a research specialist at the University of Wisconsin who graduated from the school with a degree in biochemistry in 2014, according to his LinkedIn profile. The couple has been married since 2018, said Landsem, adding that she hasn’t spoken to LeClaire since the news of their alleged duplicity went viral earlier this week.

“Kay was married?” said Greendeer. “It just goes to show you that I don’t know anything anymore. None of us knew who Kay LeClaire is. I don’t know what they said they did and what they actually did.”

For Greendeer and others, there is no amount of contrition that can restore LeClaire to the Native American community she tried to dupe, he said. “Reconciliation is impossible,” he said. “They have lost the faith of the community.”

LeClaire’s situation echoes that of Carrie Bourassa, a professor at the University of Saskatchewan, who passed herself off as Inuit and a member of Canada’s First Nations for decades until she was unmasked by Canadian reporters last year. 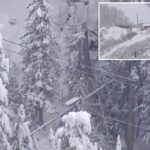 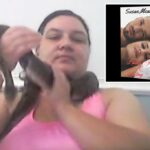