Natalia Bryant, the eldest daughter of the late Kobe Bryant, filed for a temporary restraining order against a man who she says has stalked her in person and sent repeated messages to her on social media.

In court docs filed in Los Angeles County Superior Court Monday, the 19-year-old said that a 32-year-old man named Dwayne Kemp has left her fearing for her life, TMZ reports.

“I do not feel safe,” she told the court, before adding that she has never met Kemp, who believes the pair are dating.

Bryant accused Kemp of messaging her on social media since December 2020 “as if we had a romantic relationship, or as if he wanted to initiate such a relationship,” court docs obtained by Fox show.

The court docs allege that Kemp sent Bryant a series of unsolicited messages, including one picture of her late father with the rest of the family.

“Thankful For Him Birthing You, Hopefully We Can Birth Him… ‘Kobe,’” Kemp wrote in the alleged message.

Bryant also said she received another message from him in October 2022 which read, “I Love You And I’m Sorry. Can We Talk And Makeup So We Can Be Friends Again..?”

Court documents allege that Kemp tried to find Bryant at her sorority house at the University of Southern California.

If granted the restraining order, Kemp would be ordered to remain a minimum of 200 yards away from her, as well as from her residence, her workplace, her sorority house, and her vehicle.

Natalia is the eldest daughter of Vanessa and Kobe Bryant, who wed in 2001. The pair also shared Bianka, Capri, and Gianna.

The Lakers legend, 41, and 13-year-old Gianna were among nine killed in a California helicopter crash in January 2020. Kobe was 41 years old. 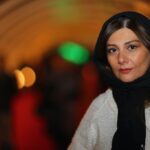 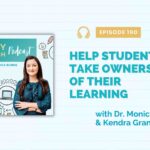