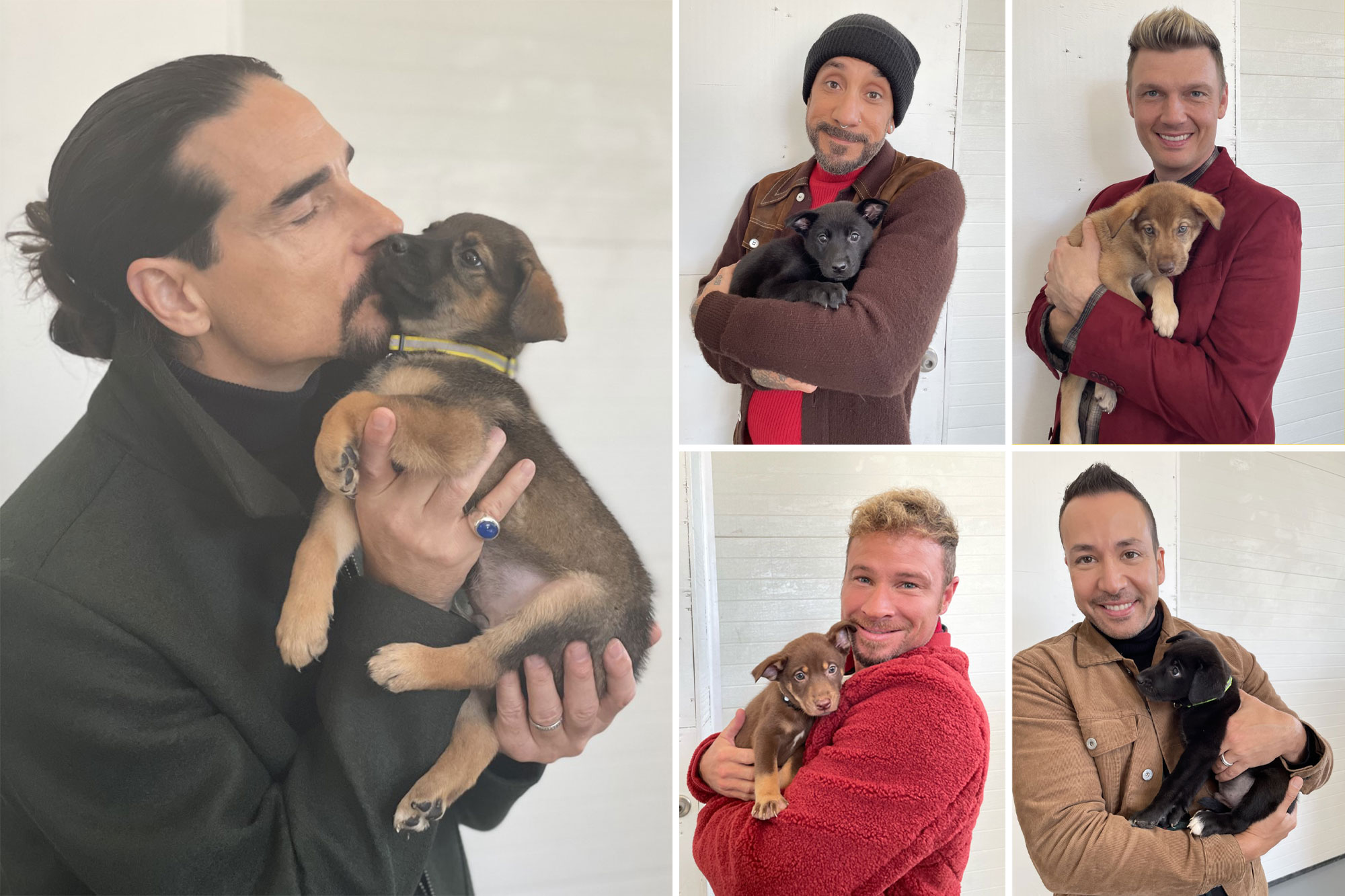 A group of Tennessee shelter puppies named after each of the Backstreet Boys got to meet the ’90s boy band members last week.

The famous band members who were in town for a tour date shook paws with their doggie doubles and posed for photos with them, the Nashville Humane Association said on Facebook Monday.

The animal shelter called the surreal experience “Larger Than Life for all involved!”

The actual Backstreet Boys had requested the introduction themselves and asked for the dogs’ help with a special, unspecified production shoot, according to the Facebook post.

“Brian, Nick, AJ, Howie, and Kevin. Pups + BSB. All Adorable, right?” the Nashville Humane Association wrote in the post. “All of us at NHA are still in awe that this introduction happened!”

A sixth littermate is named Millennium after the band’s third studio album.

All six puppies were available to adopt and some have already found forever homes. Howie, AJ and Nick are still looking for their humans, according to the shelter’s adoption website.

“We are so grateful for this superstardom support towards raising adoption awareness for some adorable 9–10-week-old shepherd mix shelter pups!” the Nashville Humane Association said.

I should’ve been ‘more careful’ about COVID messaging