We’re one step closer to the next moon walk.

The capsule — with no crew aboard — made an ocean splashdown at 12:40 p.m. EST off Mexico’s Baja California, trekking some 239,000 miles between the moon and Earth.

The Orion capsule’s 25,000 mph re-entry coincides with the 50th anniversary of the last lunar landing by Apollo 17 astronauts Eugene Cernan and Harrison Schmitt on Dec. 11, 1972.

The Artemis 1 mission is the first to visit the moon ever since.

After years of setbacks, the rocket blasted off Nov. 16 from Kennedy Space Center as part of NASA’s Space Launch System — and is the biggest and most powerful NASA rocket since the Saturn V of the Apollo era.

The capsule took a 20-minute plunge at 24,500 mph into Earth’s atmosphere and shedded its service module, a housing for its main rocket system contributed by the Europeon’s an Space Agency.

Testing whether Orion’s newly designed heat shield withstands atmospheric friction upon re-entry — which causes temperatures to raise to nearly 5,000 degrees Fahrenheit — was the top priority of the Artemis I mission, according to mission manager Mike Sarafin.

“It is our priority-one objective,” Sarafin said at a briefing last week. “There is no arc-jet or aerothermal facility here on Earth capable of replicating hypersonic re-entry with a heat shield of this size.”

The new Artemis program was named after Apollo’s twin sister in Greek mythology.

With Orion’s safe landing, NASA officials will be able to use data from the mission to prepare for the Artemis II mission —which will put astronauts on the spacecraft for another trip around the moon. 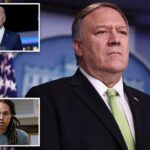