NASA has been forced to postpone the launch of its newest Artemis I lunar rocket once again as Tropical Storm Nicole approaches the Florida coast, the agency announced Tuesday.

The highly anticipated launch has been plagued by technical difficulties and bad weather. The rocket was grounded in August following a fuel leak and then moved back to a hangar at the Kennedy Space Station when Hurricane Ian slammed into the Sunshine State at the end of September.

Last week, the 322-foot-tall rocket was moved back to the launch pad as NASA targeted a launch next Monday.

But NASA officials announced Tuesday that the launch won’t take place until at least next Wednesday due to Nicole, which is expected to make landfall as a Category 1 hurricane in the next few days.

Although Cape Canaveral is under a hurricane warning, the space agency said it will leave the rocket — which is designed to sustain heavy rains and high winds —- on the launch pad during the storm.

The $4.1 billion mission will send an empty crew capsule around the moon and back, with astronauts expected to make the trip in a couple of years.

NASA hopes to put astronauts on the moon by 2025, as the agency nears the 50th anniversary of its last human moon landing in December 1972 during the Apollo 17 mission. 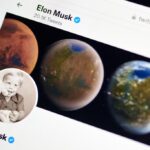 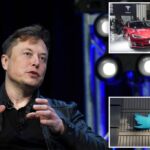