NASA has reportedly shed light on a new plan to build a successor to the James Webb Space Telescope,

The Habitable Worlds Observatory was announced Monday at the latest American Astronomical Society meeting, and its goal is searching for signs of life on habitable exoplanets.

Space.com said on Friday that the observatory will need a powerful coronograph, which is an instrument that allows scientists to study faint objects.

Mark Clampin, the director of NASA’s astrophysics division, reportedly said that the agency would approach the project as if it faced a strict launch window, building on previous technology used for the Nancy Grace Roman Space Telescope as well as Webb.

The Habitable World Observatory would be sent to a point – known as L2, or the second Lagrange Point – a million miles away from the Earth and opposite the sun.

“We’re also going to plan this mission from day one to be serviceable,” Clampin said, noting that in 10 to 15 years companies could do “straightforward robotic servicing” there.

“It gives us flexibility because it means we don’t necessarily have to hit all of the science goals the first time,” he told attendees. Being able to service the observatory can extend the life of its mission.

The agency will reportedly turn to the commercial sector for the launch vehicle.

Notably, with this observatory, NASA is following through on the U.S. National Academies’ latest decadal survey, which called for NASA to revive the “Great Observatories” program.

According to Science, the report said that a six-meter telescope sensitive to ultraviolet, optical and near-infrared wavelengths could mark the start of that effort. 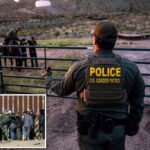 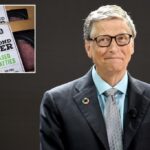