Rapper Nas’ multi-million-dollar mansion in Calabasas, Calif. was “ransacked” after two masked burglars broke into his home over the weekend while the rapper was celebrating the release of his latest album in New York City.

Los Angeles County Sheriff’s officials told The Post that a security guard employed by the “Illmatic” rapper — full name Nasir Jones — reported there were possible prowlers around the home located on Mulholland Drive on Nov. 12 around 8:30 p.m.

“When deputies responded to the call, they found the place was ransacked,” Carr said,

TMZ reported the two men smashed through a rear door and Nas’ team was alerted via Ring camera footage.

Nas was in New York City celebrating the release of his latest album “King’s Disease III” with rapper André 3000 and other notable artists.

It is unclear what was taken with authorities saying the incident is still under investigation. 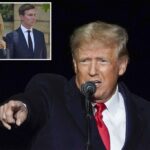 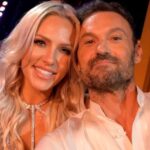 Marriage to Sharna Burgess ‘in the Cards’