House Speaker Nancy Pelosi (D-Calif.) on Friday ordered that the maximum cap on the rate of pay for staffers in the lower chamber be raised to $212,000 per year.

The move now puts the maximum salary for House aides at $38,000 more than what lawmakers on Capitol Hill make themselves.

“As you know, our hard-working, patriotic Congressional staffers are integral to the functioning of the House of Representatives: ensuring this institution can effectively carry out our legislative and constituent responsibilities,” Pelosi said in a letter to her congressional colleagues.

“To that end, we must do all we can to retain and recruit the best talent in our nation — and to build a Congressional workforce that reflects the communities we are honored to serve,” she added.

The outgoing House speaker noted that the pay increase in her order is consistent with recent raises in the salary rate for executive branch staffers.

Rank-and-file members of Congress make $174,000 a year. Members of congressional leadership make slightly more, with Pelosi earning $223,500 per year as speaker of the House.

The raise in the salary cap for staff may be one of Pelosi’s final acts as speaker.

She is due to give up the speaker’s gavel on Tuesday when the new Republican-majority House convenes. 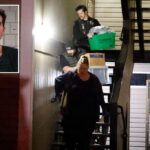 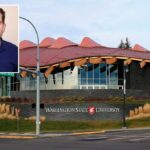