Joining the campaign for the Democratic Party in its crucial final hours before citizens head to the polls Tuesday, House Speaker Nancy Pelosi flew from California to Washington DC, leaving recently attacked husband Paul to continue recovering at home, The Post has learned.

The couple’s daughter, documentary filmmaker Alexandra Pelosi, told The Post on Monday Nancy had left their San Francisco home over the weekend and she will make several television appearances to promote her party.

Alexandra also said doctors would “check in” on her father as needed.

Paul Pelosi, 82, was released from a local hospital four days ago after recovering from surgery to repair a skull fracture and injuries to his arm and hand sustained when he was allegedly attacked by a hammer-wielding man, in the early morning of Oct. 28.

Drew Hammill, a spokesman for Nancy Pelosi, said in a statement last week Paul is expected to make a full recovery.

The alleged attacker, David DePape, 42, has been charged with various counts, including attempted murder, attempted kidnapping and assault following the Oct. 28 break-in at the Pelosi’s posh Pacific Heights neighborhood.

DePape — who posted a series of increasingly unhinged screeds online before the alleged attack — is also facing federal charges, including assault on the immediate family member of a federal official and attempting to kidnap a federal official because he had planned to hold the House Speaker hostage, according to court papers.

The illegal immigrant, a Canadian native who entered the U.S. in March 2008 and overstayed his visa, said he was on a “suicide mission” and told the police he planned to target several prominent state and federal politicians, according to an affidavit released by the San Francisco District Attorney.

According to a motion filed by the DA to keep him in jail, DePape told authorities, “I’m sick of the insane f—ing level of lies coming out of Washington, DC. I came here to have a little chat with his wife.

“I didn’t really want to hurt him (Paul Pelosi) but he knows this was a suicide mission.”

In her first interview since her husband’s attack, Nancy Pelosi told CNN’s Anderson Cooper she was awakened by Capitol police banging at the door at her Washington D.C. home around 5 a.m. on Oct. 28.

“So I run to the door and I’m very scared,” Pelosi said in the interview, which will air Monday night.

Pelosi said her immediate thought went to her five adult kids and her grandchildren.

“I never thought it would be Paul because I knew he wouldn’t be out and about, shall we say.”

DePape, who appeared in front of a San Francisco judge on Nov. 1, has pleaded not guilty to the 10 state charges.

He is expected to return back to court on Dec. 14 for a preliminary hearing.

According to officials, DePape had been living in a garage in Richmond, Calif. for the past two years and was working as a landscaper.

Frank Ciccarelli, who employed DePape for the past six years, told The Post the 42-year old was “more of a liberal early on” but he became deeply involved with conspiracy theories and QAnon.

When DePape allegedly broke into the Speaker’s home, he allegedly asked “Where’s Nancy” and if she was “the number two in line” for the Presidency.

When Paul Pelosi responded yes, DePape allegedly said they are “all corrupt and we’ve go to take them all out,” according to the affidavit released by San Francisco District Attorney’s Office. 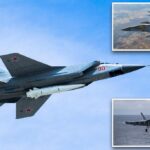 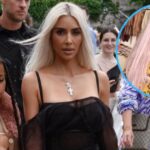