Elon Musk revealed Wednesday night that he is taking “legal action” against the teenager who runs a since-suspended Twitter account tracking the billionaire’s jet flights.

The Twitter CEO made the announcement after implying the jet-tracking account operated by Jack Sweeney, a University of Central Florida freshman, was to blame for a Tuesday stalking incident where somebody followed Musk’s family.

“Last night, car carrying lil X in LA was followed by crazy stalker (thinking it was me), who later blocked car from moving & climbed onto hood,” Musk tweeted, referring to his 2-year-old son X Æ A-12. “Legal action is being taken against Sweeney & organizations who supported harm to my family.”

Three hours later, Musk shared a video of a man wearing a mask and hood inside a white Hyundai with the caption “Anyone recognize this person or car?” He claims the unidentified man is the alleged stalker.

Los Angeles police told The Post they do not have information on the incident.

Musk suspended Sweeney’s account earlier Wednesday. It was briefly reactivated, allowing the teen to press Musk for clarity on the rules before the account was shut down again later Wednesday.

Musk said that any Twitter account “doxxing real-time location info of anyone will be suspended, as it is a physical safety violation.”

After the first suspension, Sweeney told The Post the move made the tech mogul a “full-on hypocrite.”

At least 25 other Twitter accounts tracking billionaires’ private jets were suspended in the aftermath, the New York Times found.

Users will be allowed to post locations of other travelers on a “slightly delayed basis” because it doesn’t pose the same safety problem. A thread posted by Twitter Safety specified that locations cannot be shared the same day the subject traveled. Users are free to share their own location, however.

Last month, Musk addressed Sweeney’s popular tracking account as a “direct safety risk,” but promised to allow the university student to continue running it in the name of free speech.

After Bari Weiss claimed former Twitter executives unjustly shadow banned conservative users in a recent Twitter Files thread, Musk stated he was developing a software update that will users whether their accounts had been secretly blacklisted so they could appropriately appeal. 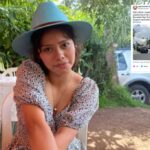 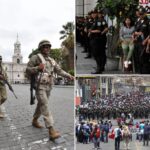