“The Twitter Files on free speech suppression soon to be published on Twitter itself. The public deserves to know what really happened …” Musk tweeted late Monday afternoon.

Part of the potential disclosure is likely to include the full story of Twitter’s censorship of The Post’s reporting on Hunter Biden’s laptop in the weeks before the 2020 presidential election.

The billionaire had previously tweeted his belief that Twitter needed to come clean about how the bombshell reporting on the first family’s overseas business interests was blocked from being shared on the site.

“Raise your hand if you think @ElonMusk should make public all internal discussions about the decision to censor the @NYPost’s story on Hunter Biden’s laptop before the 2020 Election in the interest of transparency,” a user tweeted earlier this month.

Before Musk bought Twitter for $44 billion, he said in April he thought it was “obviously incredibly inappropriate” for the platform to block The Post story about the son of President Joe Biden the now-80-year-old was running for the highest office in the land against former President Donald Trump.

While other mainstream outlets initially ignored or sought to undermine The Post’s reporting, outlets including the New York Times, Washington Post and CBS News have affirmed the laptop’s veracity since Biden took office in January 2021.

Musk has vowed to turn Twitter into a bastion of free speech.

The South Africa-born entrepreneur did not provide further details about his announcement Monday. 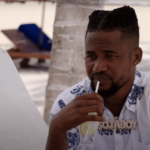 SojaBoy Job, How He Makes a Living 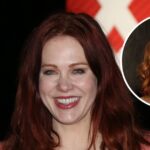